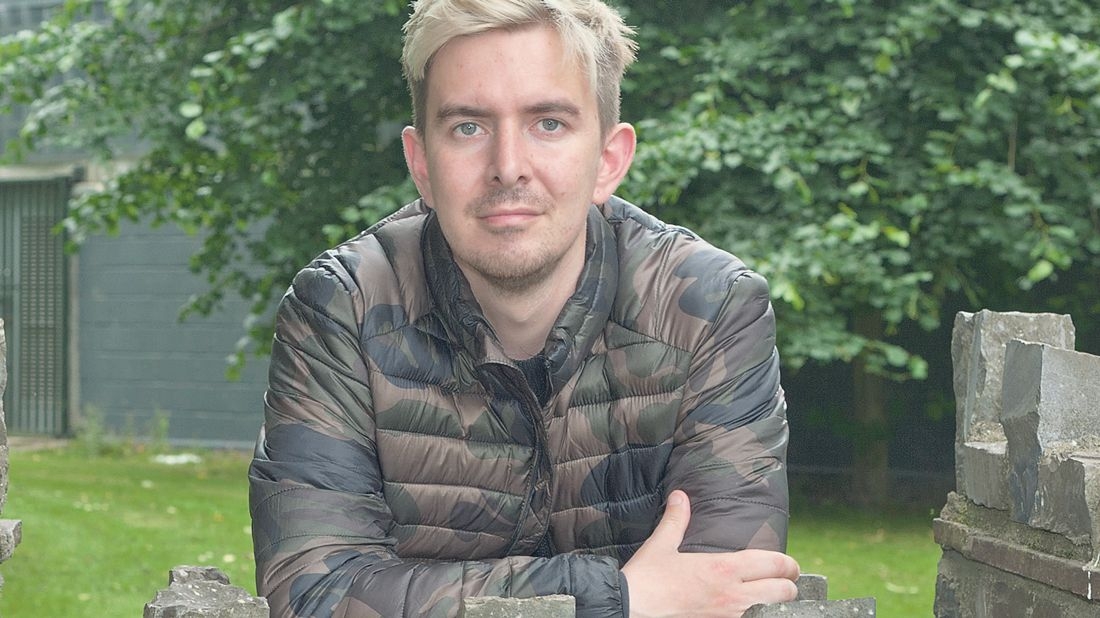 FOR CLONDALKIN man Jamie Kenny, Pride is all about being yourself. Dublin LGBTQ+ Pride has become the second biggest parade in Ireland, only behind the St Patrick’s Day Parade, with upwards of 100,000 people marching through the streets of the capital in celebration of sexual diversity and gender equality.

Jamie has been an activist for LGBTI+ people for much of his teenage and adult life, becoming involved with BeLong To when he was younger before working with The Rainbow Project in Belfast.

Studying in the University of Ulster and Maynooth University where he graduated with a degree in Youth and Community Work, Jamie began working for Outhouse LGBT Community Resource Centre six years ago.

But since February, the former Moyle Park College student has been working with Dublin LGBTQ+ Pride.

Speaking to The Echo on the weekly Local Voices podcast, Jamie opened up about what Pride means to him.

“Pride for me means really being yourself,” he said on the eighth episode of the podcast.

“I’ve always said that as a BeLong To baby, as I was back in the day, my favourite part of the day is seeing the various youth groups come out.

“You have people all over the streets cheering them on and it’s a real validation and solidarity.”

Jamie came out as gay to a few friends when he was an adolescent, but opening up to his mother took him a few more years.

“I knew when I was about 11-12. It was around that time when I told some of my friends but when it came to telling my mother, it was a different story – it was quite difficult,” says Jamie.

“I had heard these horror stories about people coming out to their parents but I knew my mam wasn’t like that, I knew she wouldn’t disown me.

“In a really modern way, I sent my mam an email and ran off to a friend’s house [he laughs].

“I came home later on to my mam [who was] in floods of tears, not because I was gay but in case people treated me differently.

“She was afraid I would be harassed or bullied in school. But she was and still is very supportive, she got involved in a few parents’ things with BeLong To and everything.”

Even though Jamie came out in his early teens, a lot of people struggle to find the right time to come out to their loved ones.

“We all have different experiences and lives. There is no set ‘right time’ to come out, it’s just whenever is right for you,” says Jamie.

“I was quite lucky that I was able to when I was so young, but some people don’t come out for a long, long time.

“It’s hard to know when, but it’s just whenever is right for you.

“It’s interesting because people bullied me in school calling me a faggot and a queer before I even came out.

“But after I came out it was just ‘ah well done, fair play to you’.

Jamie’s generation was the first generation of LGBTI+ people growing up in Ireland following the decriminalisation of homosexuality in 1993.

He took part in what was a ground-breaking RTÉ documentary series called Growing Up Gay in 2010, where it documented his and other people’s experiences.

Even though there was a successful campaign for Homosexual Law Reform 27-years-ago, there is still a level of discrimination and violence against LGBTI+ people that exists today.

“We had a great day [on Sunday] doing our virtual parade,” he explains to The Echo about the Dublin Pride Parade, which had to move online because of the difficulty to have a physical parade with social distancing guidelines.

“But while we were doing it, we got word that two 15-16-year-olds got hopped on, on Grafton Street, because of what they were wearing.

“They were obviously wearing their colourful clothes for Pride, and they just bet them up, two men in their thirties-forties, because of what they looked like.”

Young LGBTI+ people can face bullying, violence, isolation and prejudice in their daily lives and that puts them more at risk and vulnerable of developing mental health difficulties.

A study conducted by BeLong To between February and April of this year revealed that 93 percent of LGBTI+ are struggling with anxiety, stress and depression during the Covid-19 pandemic.

To find out more about what Jamie does in his work with Dublin Pride, check out Local Voices 008: Pride on echo.ie and all music listening platforms now.

He spoke on the podcast about trans issues, the Equality for Children campaign and more, while CEO of Belong To Moninne Griffith spoke in depth about their recent study.

Did you know the camera on your phone is a QR Code scanner? No need for additional apps, just simply open the camera application, scan the QR and follow the link.