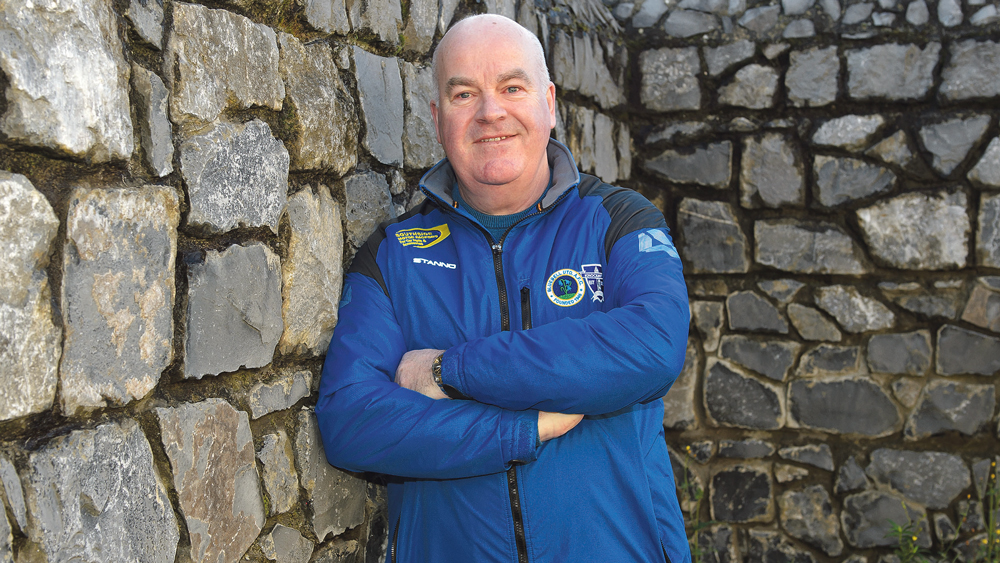 Tony Kennedy has been part of Bluebell Knockmitten United, supporting parents and young people, since its inception in 2008

There is no number you could put on the value of clubs such as Bluebell Knockmitten United and the volunteers who operate it for the work they do in providing an outlet for children and adults.

Tutoring the next generation is a big responsibility to take on board but for somebody like Tony Kennedy, it is something he is happy to do.

A resident of the Dutch Village in Clondalkin, Tony got involved with the club shortly after its inception in 2008 as his son Aaron started to play a bit of football locally.

And it helps that the club is located at the end of his road.

“It gives a lot of support to parents because it’s direction for their kids.

“It gives the kids a purpose, for them to be able to go down and get a bit of training done, it’s big for their health and well-being and the mind – particularly in these times.

“My personal view is that it’s giving something back to the community, I feel that I could turn somebody away from drugs or a life of crime, steer them down the right path, you know, it’s a guidance.”

The days of sending a group of underage players out on to the field and demanding a win has been left in the past.

Today, a more holistic approach has been adopted by clubs around the world and it’s about developing not only players’ skills on the ball but developing who they are both inside and outside of the game. 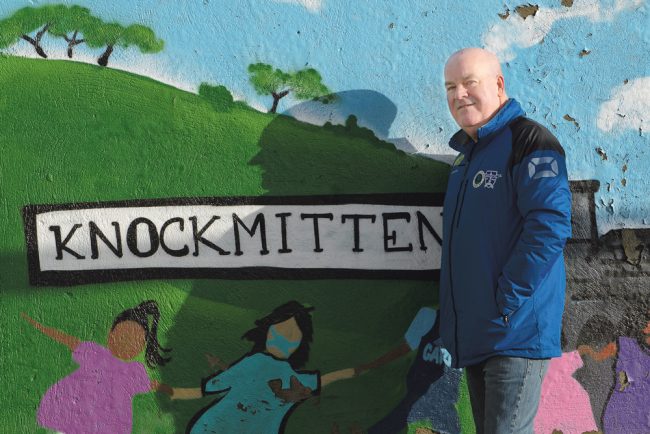 “It’s about seeing players and kids develop a sense of community and responsibility, growing into good adults that have that respect for each other, their parents and their community,” he says.

“Just generally, it’s a sense of community and they’re friends for life.

“The majority of the kids, maybe 70 or 80 percent of them are friends for life.

“All of the coaches down there talk to their kids, they build in that sense of purpose through the likes of team-building and it’s really all about respect.

“Respect their parents, their teammates, the referees and anybody that’s to do with their game.

“For them to participate in the games, they have to respect all that’s involved in running it and it just grows from there.”

Originally from Davitt House off the Galtymore Road in Drimnagh, Tony grew up in a busy family home of seven children to Barney and Hannagh Kennedy.

“It was always good craic, we were a close enough family and particularly around Christmas and celebrations we’d have parties and it’d be a bit of craic,” Tony recounts.

“My brother played the guitar and we’re all singers in the house as well.”

Asked if he has a go-to song and if he’d have no problem belting out a tune today, Tony laughs and is quick to dispel any chance of him doing so. 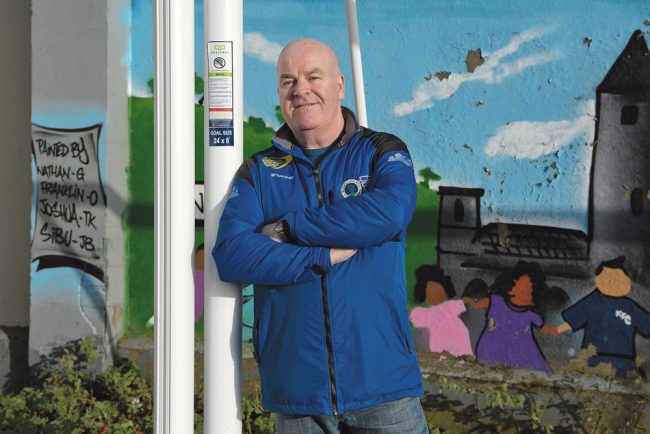 “Ah no, it would only be back then on family occasions when you’ve a few beers on you,” he recalls.

“That would be the strength of it, somebody starts something and you’d finish it.”

While it didn’t totally hook him, Tony played a bit of football with Galty Celtic FC from the age of eight up until he got a bad injury at 16-years-old.

“It wouldn’t have been one of the main things I was involved in, there wasn’t a lot around back then or things to do,” the 57-year-old explains.

“Guys just really went out with their mates. Even football back then wouldn’t have been the heart of the community, you’d have a team and you’d play a bit of road leagues.

“Okay, you did have clubs around as well, you had John Bosco right beside where I lived and I played for them for a while.

“But football wasn’t an avid thing for me, it wasn’t a desire of mine to be a footballer.”

For Tony, growing up, he spent a lot of his time at the local John Bosco Youth Club and attended Mourne Road School before finishing up in Emmet Road Technical School.

“School is a lot different now than it was back then,” Tony says.

“Schools that you’d go into, you survive in them, you don’t learn in them – that’s the way it was.” 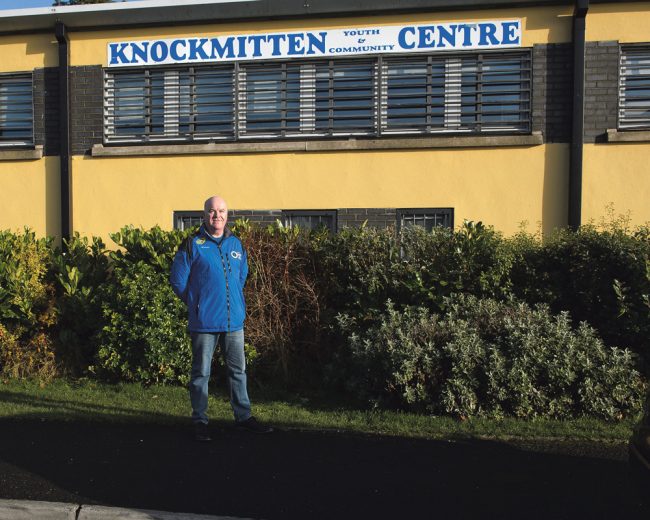 At the age of 15, the young Tony picked up his first job working as a “van-helper” for a laundry service.

In the intervening years, Tony worked in Semperit tyre factory in Ballyfermot up until that closed in 1996 before working for a transport company.

At the age of 50, the father of three went to UCD Smurfit School to pursue a post-graduate diploma in business management.

“I wouldn’t say it was tough, it was just different, it was strange,” he elaborates.

“I had all the experience in the world but I never had a piece of paper to tell me that I had this.

“I could talk about what I do all day long, but if somebody turned around and asked ‘where is your qualification?’, you wouldn’t have it.

“So now I have both the knowledge and the qualification.”

Today, Tony works as a Warehouse and Logistics Manager in Westrock, a healthcare packaging company.

But outside of work, Tony spends a lot of time at Knockmitten United helping them orchestrate a large-scale fundraising campaign to build an astro for the some 300 kids that participate in football at the club.

Recently, Bluebell Knockmitten United achieved an FAI Club Mark – an award given in recognition to clubs who have reached a high-standard of governance.