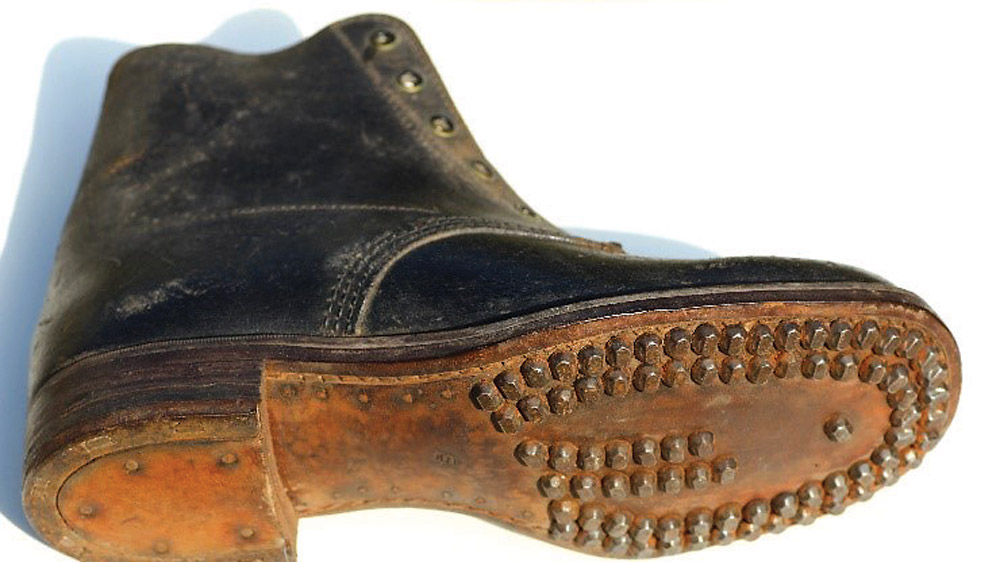 Local History with Monica McGill – Clondalkin cobbler was a poet, an author and a social activist

Like his brothers, Patrick Gogarty was a boot and shoe-maker.

They lived and worked on Main Street, Clondalkin.

However, unlike other members of the Gogarty family, Patrick was also a published author, a member of Ireland’s literary revival and an outspoken social activist.

Patrick was born in 1849 at the end of the Great Famine. He died at the age of 43 and was buried in St John’s churchyard on Tower Road, Clondalkin. Patrick never married. There’s a suggestion that he courted a local girl but she chose to wed another.

Probably educated by the Carmelite Brothers at their school at Mount St Joseph on the Monastery Road, Patrick was taught reading, writing, mathematics, religion, English, Irish, Latin, Greek, as well as poetry and oratory. Some of the maths problems were set in verse.

The maths curriculum included navigation, engineering and surveying. All the school books were provided by the Carmelite Brothers – a service our schoolchildren’s parents would appreciate today. Dancing and music lessons were extra.

It’s possible that Patrick and his brothers may have learned their cobbler’s trade during their years at school. Some of the Carmelite Brothers at Mount St Joseph were skilled saddle-makers for the wider community in and around Clondalkin village. With its good grasslands and cleaner air than Dublin City, Clondalkin was a haven for wealthy families and their horses.

There is evidence that the local Carmelite Brothers quietly supported an Ireland free from British rule. Was it at school that Patrick’s social activism was ignited, or during family conversations at home? Possibly both.

Records indicate that Patrick Gogarty was a determined person. His family preferred him to work by making shoes and boots instead of being “a poor poet”. However, he gleefully showed them the fees he received when his works were published under one of his pen-names.

In his known prose works, Patrick’s writings show his great powers of observation and satire. “Provincial Portraits – Mr Bruce” is a prose piece he wrote, possibly the first in a series for publication. It’s about a District Inspector of the Royal Irish Constabulary (known as the RIC) in an Irish village. 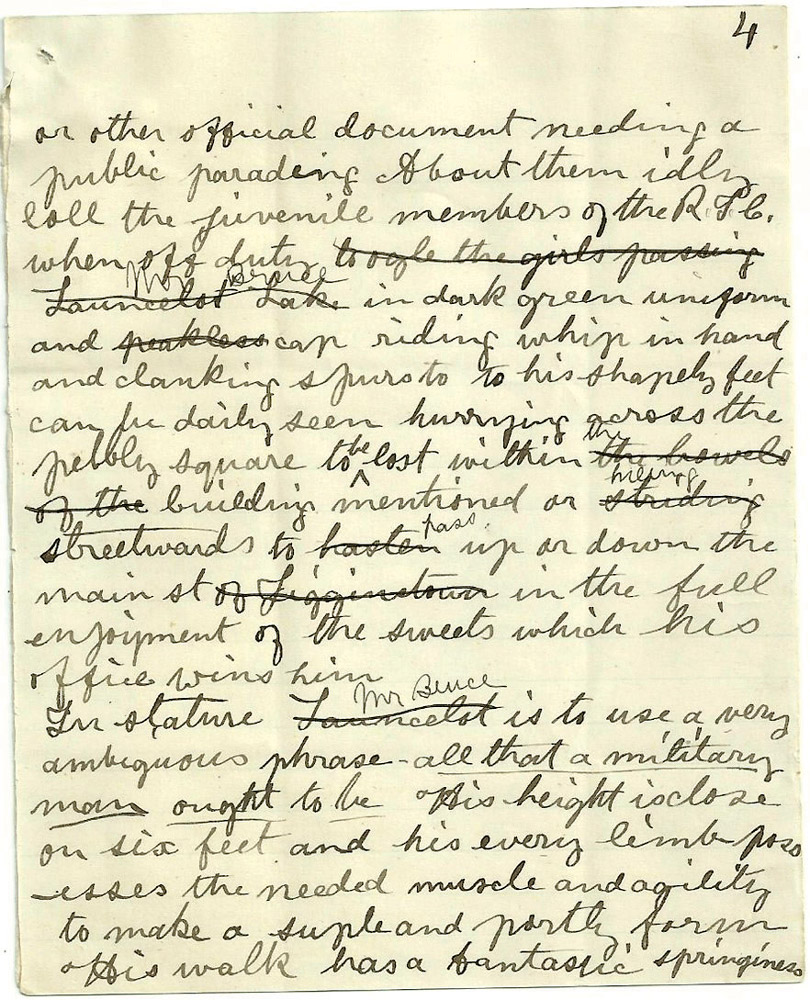 In it, Patrick wields his pen with the precision of a sharp scalpel in a skilled surgeon’s hand. Bitingly revealed are Mr Bruce’s swagger, self-promotion, his “ear to the ground”. From Mr Bruce’s viewpoint, readers glimpse people’s possible attitudes and behaviours towards him – his inferiors, equals and superiors. Hardly anyone escapes. Some local people’s hopes and foolishness are also laid bare.

It’s unclear if the Bruce draft was ever published or if any of Gogarty’s other Provincial Portraits were written. At the time, was the Bruce piece too close to reality in Clondalkin for publication?

Patrick would suddenly leave the workshop on Main Street and walk the mile or so to Katharine Tynan’s house on Belgard Road, still wearing his shoe-maker’s leather apron. This must have annoyed his family. Maybe some customers were displeased too if their boots or shoes weren’t ready as promised.

Patrick wasn’t visiting Katharine Tynan for any love-lorn reason. He discussed his poetry with her and valued her criticism. She thought his poetry could be improved by using simpler words and expressions.

Katharine was part of the Irish literary revival. It’s said she introduced Patrick to many of its literary giants when they gathered in her home.

Presumably there he would have heard about the other authors’ latest works-in-progress and shared opinions. Katharine wrote about him in some of her published books. W.B. Yeats wrote in his collected works that he “often” visited Patrick in the shoe-maker’s on Main Street to discuss literature, and regretted being away from his London home when Patrick visited there unexpectedly.

Patrick was Honorary Secretary of the Clondalkin Branch of the pro-Parnell Irish National League. As part of the League, he openly defended tenants’ rights when the local landlord evicted three Clondalkin families, even though they had been his tenants for many years.

The landlord alleged that they hadn’t paid rent and made other complaints about them. Patrick helped to collect enough funds to build a house on Knockmeenagh Road in Clondalkin for one of the families. Perhaps the others found accommodation elsewhere.

As a result of his effective activities and rousing public speeches, Patrick and other local activists were reported to Dublin Castle, the Inspector General and the Attorney General. There is a suggestion that private meetings of the Committee were reported secretly to the authorities.

In 1885, official RIC files described Patrick disparagingly as “a shoemaker + poor + of no standing in the neighbourhood”.

The landlord wrote to the Under Secretary for Ireland describing the “Land League in this Village [Clondalkin] which exercises this terrorism is almost entirely managed by Shoemakers and Publicans.”

The RIC police force was ordered to witness INL public meetings – presumably to note who attended them and hear what was said. The official police note-taker recorded Patrick’s speeches accurately.

Did that deter the local INL Committee? It seems not, for between 500 and 800 people attended just one of their public meetings – supported by two brass bands!

Understandably, Patrick’s family may have been concerned that his activism would adversely affect their livelihoods, at the very least. After all, policemen and their families needed boots and shoes too.

So, Patrick Gogarty was a skilled tradesman, a successful author and courageous when silence would have been wiser.

Not bad for a short life of only 43 years. Sadly, it’s difficult to find any reference to him online. Perhaps it’s time that changed and we became more aware of Patrick Gogarty’s achievements.