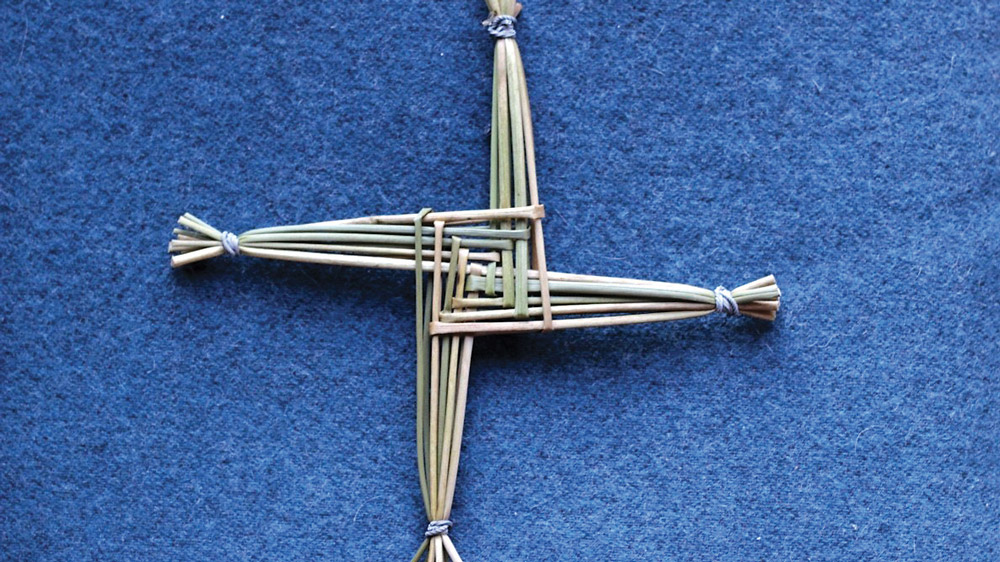 The first day of February is widely recognised as the start of Spring in this part of the world.  It’s also the Christian feast-day of St Bridget of Kildare, one of our local and national saints with whom Clondalkin has many connections, as well as the pre-Christian festival of Imbolc.

This year, Clondalkin’s St Bridget’s Festival will be a mighty celebration honouring this local and national saint, from January 26 until the evening of February 6.

Activities include talks for adults and children, craft classes, a film, musical and street performances, a pageant, a children’s art competition and exhibition, and of course the annual pilgrimage from Dublin City to St Bridget’s Well in Clondalkin.

All are welcome to attend.  The full Festival details can be viewed on the Lá Fhéile Bríde/Brigid’s Day Festival Clondalkin Facebook page.

Research discloses that St Bridget was a high-born early Christian woman who dedicated her life to Christ.

It’s estimated that she was born about 452AD, roughly 30 years after St Patrick was sent by the Vatican to attend to the perceived spiritual needs of our Celtic Christian ancestors. She died in 524AD.

This indigenous legal system operated until the 1600s when English common law finally replaced them.

It is thought that through her high social status and natural wisdom, St Bridget was an arbitrator or judge between people who had matters for decision at this official, secular court of law.

She was renowned in her day for her mediation skills, generosity and kindness, but presumably she could also be strict when necessary.

Possibly, St Bridget’s influence and personal abilities led to her founding her monastery in Kildare where she was the Abbess.

In line with the system then, it is likely that she would have overseen the religious community which included other high-status nuns like herself and also the monks under her control who performed liturgical services.

Indeed, these days some local people suggest that St Bridget was recognised as a Christian Bishop in her own lifetime, such was her importance and the high regard in which she was held.

As with other pre-Christian traditions, St Bridget became intermingled with the ancient Celtic festival of Imbolc. 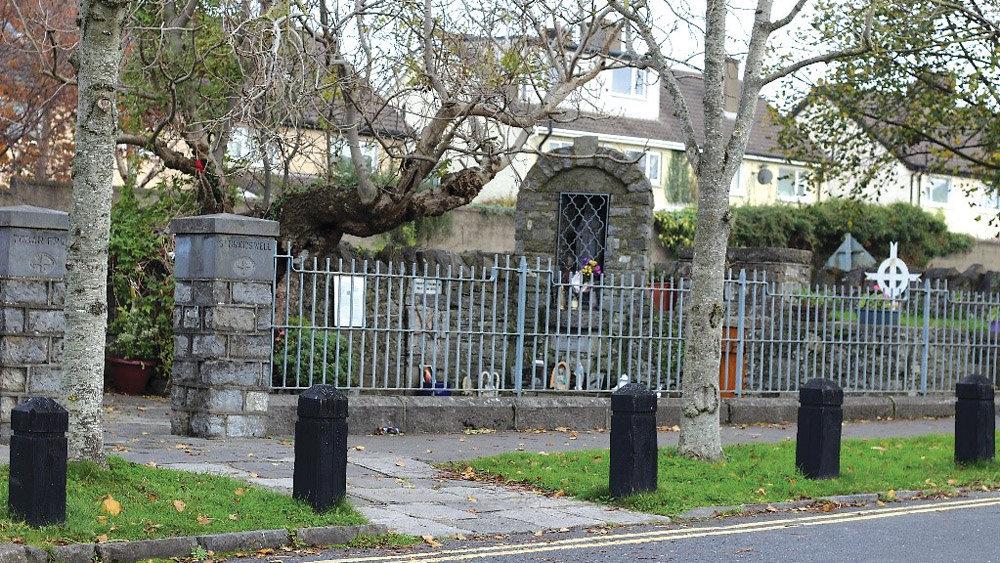 St Bridget’s Well in Clondalkin, shortly before the rag tree had to be removed

It also celebrates the start of Spring on February 1, and perceives it as a time of ritual renewal and purification.  In this guise, she is seen as the goddess or patron inspiring excellence in poetry, metalwork, and the overseer of fire.

The ancient Irish-language root of Bridget’s name – Bríg – signifies a bridge between the old and the new, no matter how her name is now spelled – Bridget, Brigid, Brigit, Bríd, Bríde, Bride, Bridey, Bridie, Breeda, Biddy, or Breda.

St Bridget’s command of fire is acknowledged by making a symbol of our national identity – the traditional St Bridget’s Cross.  Different areas of the country can have local designs of crosses, but usually they are all made using either rushes or straw and can involve sallies (willow twigs).  Crosses are displayed in people’s homes to protect the household from destructive fire.

Last year’s cross is burned or buried if it’s to be discarded while its replacement continues fire-prevention duties.

Irish monks in the early Christian era carried St Bridget’s fame with them when they travelled widely across Europe, establishing churches and great centres of learning there.

For instance, there is a church dedicated to her in Piacenza in Italy, and she is celebrated also in Brittany.  The Vikings, too, combined her persona with their goddess Brigantia after they had come here in the 700s.

St Bridget is acknowledged as having baptised many people into Christianity at natural springs throughout Leinster (at least).

There is one such holy well in Clondalkin.  It’s on a path known for generations as Brideswell Lane, at the junction of Boot Road and the Fonthill Road (R113).

Since ancient times, the well water here was said to have curative powers, especially concerning young girls suffering disabilities and diseases of the eye.

The ritual cure involved dipping a clean rag into the spring water, applying the wet rag to the affected area and then hanging the rag on the rag tree which grew adjacent to the well.

Unfortunately, our rag tree is gone now.  It was said to have been the last one in Dublin.  Our local authority discovered that it had become diseased and sadly it had to be felled in December 2022.

Thankfully, a local person took some cuttings of the old tree before its removal.  Hopefully, the cuttings will remain healthy – and grow to perhaps replace its parent eventually.

Local individuals and groups have lovingly tended St Bridget’s Well and its surroundings here for many years.  For centuries, it has been a place of pilgrimage – especially around St Bridget’s Day.  Part of the site includes a cemetery for babies who died before they could be baptised.  It’s just beside the well itself.  If you go there, pause a while.  Say a prayer or spare a thought for them and their families.

Clondalkin’s close connections with St Bridget continue strongly into modern times.  In the 1800s, the land around her Well was known as Bride’s Well Commons and a housing estate built in the area in about the 1950s bears St Bridget’s name.

Also in her honour, one of our village secondary schools is Coláiste Bríde, established in the early 1970s.

Her depiction is included in the magnificent stained-glass window by Thomas Early over the high altar in the Church of the Immaculate Conception and St Killian in the village.  It’s worth a quiet visit, especially if the sunlight illuminates the stained glass.

Many legends arose about St Bridget.  One is that she was instructing a chieftain and his people towards baptism, but they were confused about the mystery of the Holy Trinity.  St Bridget showed them the humble shamrock.  She demonstrated that its three leaves form a single unity and so sufficiently clarified the mystery for them.

However, the shamrock became connected with the St Patrick’s Day festivities in Ireland and world-wide, somehow distanced from the saint who is said to have first used this plant.

It has become a signifier for Ireland, another of our national emblems.

As brightening Spring returns to banish Winter, Nature in all her glorious potential re-awakens.

Plants put forth their buds and flowers, bees and other insect pollinators rouse themselves to inspect the first dandelions for food.

The lengthening daylight encourages birds to build their nests.  It’s a busy time of renewal and a fitting opportunity to celebrate our own St Bridget, the Muire of the Gael.