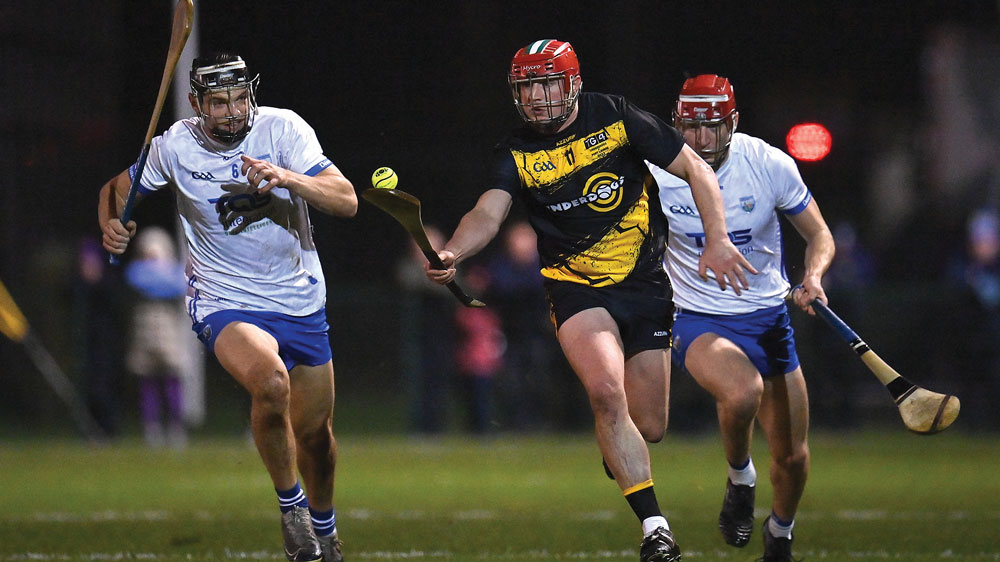 Round Tower adult hurling captain Eric Finn led the Underdogs team out against the Déise, in what was David Fitzgerald’s first game back in charge of the county.

With all of the fanfare which surrounding the fixture, the Underdogs did not look a million miles off Waterford but ultimately succumbed to a 1-8 to 2-22 defeat.

Testing himself against one of the very best counties in the country, Eric feels the result slipped away from them and revelled in the pace of the game.

“It started fairly fast. The pace was a lot higher than what we would have experienced before,” Finn tells The Echo.

“It was not the result we were looking for, but we had a decent score.

“It didn’t feel like it on the night after the result, but it was a great night in hindsight.

“As cringy as it sounds, it was an amazing journey over the six months and something I’ll look back on very fondly in years to come.” 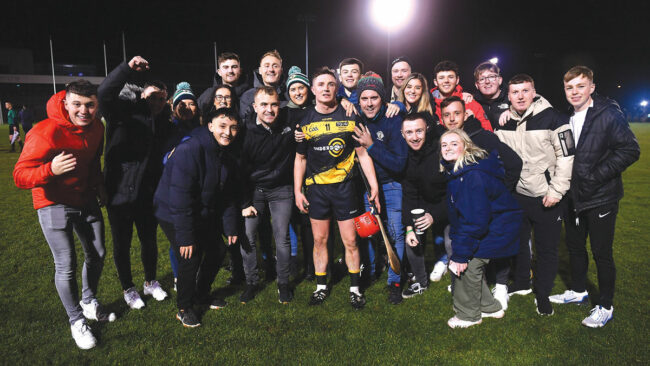 The Underdogs is a unique group of hurlers, who have never played at Liam McCarthy Cup level, which is assembled from different clubs across the country as part of a TV show for TG4.

Throughout the series, Eric made it through the trials and survived several cuts, even after being nominated, to reach the final panel and be named captain of the squad.

With his intentions “purely centred around hurling”, Eric proved to be a leader both on and off the pitch and even chipped in with a lovely point against Waterford when his side needed it.

Originally from Monastery Rise in Clondalkin, Eric started playing for Towers when he was around seven with his brothers Barry and Simon playing for the club at the time.

“Humbled” by the support that the club has shown him over the past six-months, Eric believes it was a highlight of his journey when a bus chock-full of Round Towers members arrived at the SETU Arena to see Eric, and the Underdogs, take on Waterford in the special match.

Eric was originally apprehensive about sending in the application for the Underdogs, and even after getting accepted onto the show, very few in Towers knew about his inclusion.

Not one for the camera, Eric was always nervous about what would be included on the show when it aired every Thursday night on TG4.

Despite the camera nerves, the Clondalkin native believes it was worth it for the standard of hurling he was able to achieve, experience gained, and knowledge that he can bring back to the club.

“For me it was purely about getting better and the opportunity to play at a higher standard,” Eric explains.

“It was hard to step out in front of the cameras to be honest.

“Not a lot of lads in the club knew I was doing it.

“I’d be heading down to a camp with the Underdogs on the Friday and coming back to Dublin to play a match in the club on the Saturday, but not many knew, only really my managers.

“I play intermediate in Dublin, so it was good to get experience against the likes of Loughmore and Oulart the Ballagh, who are good senior sides.

“When you mix and come together with a group of players, or a new team, it’s a unique experience.

“Some of their drills, the attitude and professionalism, are things that I can definitely bring back to the club with me and I’m looking forward to getting back in with the lads over the Christmas.”

Back on the club scene, in between camps with the Underdogs, Eric and Towers found themselves embroiled in a relegation fight to stay at intermediate level.

However, Towers preserved their intermediate status on September 24 with a 1-17 to 1-13 victory over Clanna Gael Fontenoy in a relegation play-off.

A Towers man all his life, Eric (29) believes his club can replicate their 2019 successes, when they won the intermediate championships, next season with the introduction of a promising, yet successful, minor team.