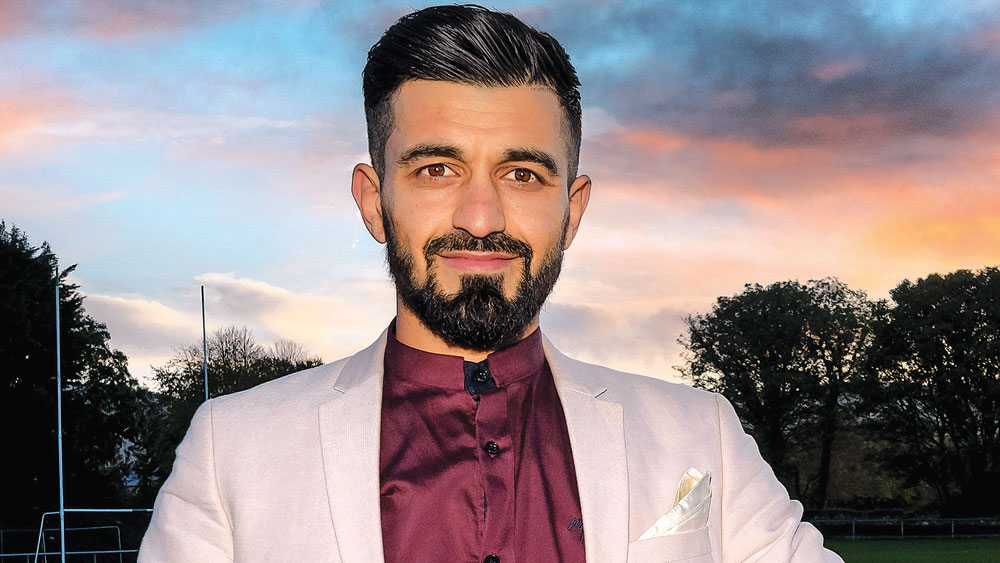 Zak Moradi, the Kurdish native who graced the hallowed turf of Croke Park and lifted the coveted Lory Meagher Cup, when he helped Leitrim to All-Ireland glory in 2019

Sport can very easily be written off by those not initiated. Although, through the medium of sport, many can find that there is such rich human stories which can be told.

Sports are a microcosm of the human experience.

Take any person in any sport, and one will find a story of resilience and conquering hurdles through hard work.

Zak Moradi brings the resilience that he has developed throughout his life as a refugee living in Ireland onto the hurling and gaelic football pitch, with Thomas Davis GAA Club.

Born in Ramadi in Iraq, the Kurdish native would go on to grace the hallowed turf of Croke Park and lift the coveted Lory Meagher Cup, after a memorable appearance off the bench which helped Leitrim to All-Ireland glory in 2019.

In the newly released autobiography Life Begins in Leitrim, Zak charts his journey from Kurdistan to Croke Park.

“You already know me,” the prologue of the book reads.

“Maybe you’ve already heard me tell some of my story: the Kurdish lad who was born in an Iraqi refugee camp during the Saddam Hussein dictatorship and who ended up hurling for Leitrim.

“There are thousands of others just like me,” he wrote. 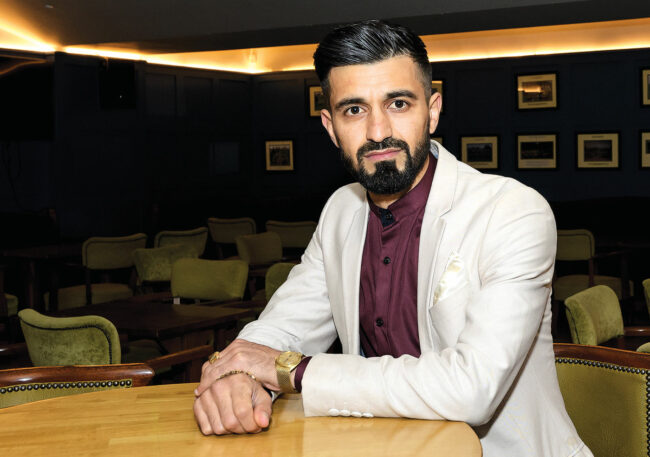 The day after Zak was born in January 1991, bombs starting dropping around the perimeter of Al Tash refugee camp as American troops carried out Operation Desert Storm.

When he was five-weeks-old, the bombing ceased and the Gulf War concluded.

However, amid rising tensions following the 9/11 attacks, 11-year-old Zemnako Moradi and his family arrived in Carrick-on-Shannon in Leitrim in 2002.

It was in Leitrim when little Zemnako was introduced to hurling by Clement Cunniffe in school, and he picked up the nickname Zak from his newfound teammates.

Although Zak only lived in Leitrim for a short period of time, the O’Rourke County had a profound impact on him and his family and as he describes, it helped them “establish new foundations”.

Years later, when Davis’ were on the rise and plying their trade in intermediate ranks, Zak was called up to the Leitrim intercounty panel.

Participating in the Lory Meagher Cup, the fifth-tier of intercounty senior hurling, Leitrim made a tremendous run through the national tournament in 2019.

Although Zak struggled somewhat with injury that season, he left his mark on the final in Croke Park.

Zak came off the bench on 61-minutes to assist James Glancy’s equalising goal before scoring a point in extra-time to help Leitrim to their first piece of senior silverware.

Very few players get to represent their county, and even fewer get to step out onto that hallowed turf of Croker. 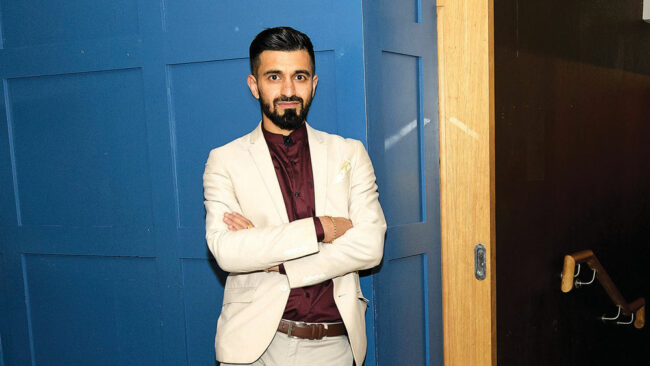 “Not everybody get’s that chance to play in Croke Park and win,” Zak tells The Echo.

“Even when you look at Dublin hurlers, they won a National League Division One and a Leinster, their first in like 60 years and that was nearly 10-years-ago now.

“So not everybody get’s that chance, and when you do, it’s a great feeling.

“Even going to matches now, you kind of stop and go ‘jeeze I played down there’.

“All my family were there, there was 25 of them there.

“It was a big moment you know? They were happy and delighted. Any parents, or anyone that has kids knows, they’re always proud of their kids when they’re playing.”

It was a massive moment indeed, exemplifying the journey that not only Zak had been on, but the family too.

It was a hurlers journey. A journey befitting any sports person. A journey of hard-work, resilience and perseverance.

After wrapping up with Leitrim in 2020 due to the commute and work demands, one day, late last year, Zak spotted a notification on Instagram.

Thinking it was a girl “DMing” – lingo for direct messaging – him, he quickly opened it.

However, it was a message from Gill Books asking if he’d be interested in telling his story. 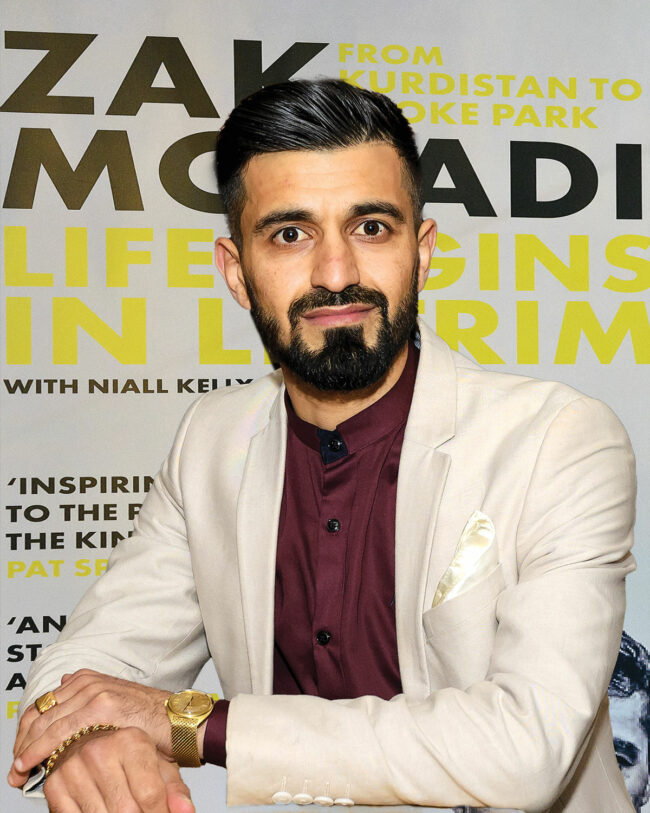 Pretty quickly, Zak started working with journalist Niall Kelly to work on the timeline of his life and continued to over eight months.

Over evenings and weekends, Zak and Niall pieced the story of his “parents background going through eight years of war, 20 years in the refugee camp, who the Kurds are, Leitrim hurling, Tallaght, Thomas Davis, St Mary’s, Carrick” together.

“I thought nobody would want to learn about me lifting the Lory Meagher Cup,” Zak says, in reference to his All-Ireland win in Croke Park with Leitrim in 2019.

“It is a sports book, but there’s a mixture of everything in it, it’s about life.

“It’s about the life of a refugee and what a refugee is.

“It’s a very normal Irish thing to ask where you’re from, I want it to be a thing where when someone asks where you are from that you can say ‘Kurdistan’.

“If I’m on a night out and someone asks where I’m from, I say ‘Kurdistan’ and usually they say back ‘oh where is that?’.”

Zak is sharp. We asked him how he’d go about answering that question.

Without skipping a beat, he laughs and says “buy the book, read it and learn about Kurdistan”.

Zak Moradi’s moving autobiography, Life Begins in Leitrim: From Kurdistan to Croke Park, is available is on bookshelves and digitally now.