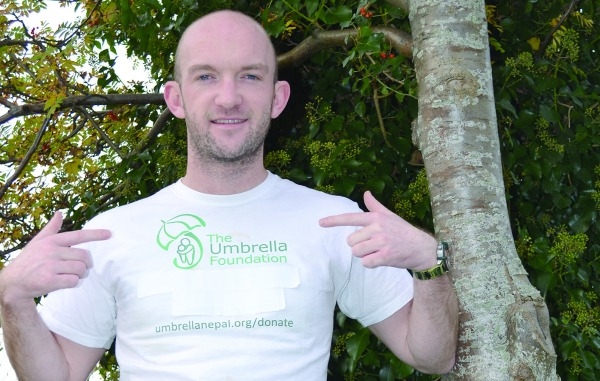 A LOCAL man is running in the Dublin Marathon this Sunday to raise funds for and awareness of a non-profit charity which is working to alleviate the impact of trafficking, poverty and war on children living in Nepal.

Paul Maguire (27), who lives in Cushlawn, Tallaght, is taking on the 26.2 mile challenge in the hope of raising much-needed funds for The Umbrella Foundation, which, having a registered branch here in Ireland, rescues vulnerable children and reintegrates them with their families and communities.

Paul, who has had his own personal struggles growing up but has turned his life around, sees the possibilities available for these children – once they get the support.

A student in the Dublin Institute of Technology, Paul told The Echo: “This is a great charity that reintegrates children from all over Nepal back into their communities, with the whole ethos of the charity geared towards the children and giving them a better life.

Paul, who spent time in Africa during the summer working with children with HIV, can be supported by calling 085 7439844 or by donating online at www.umbrellanepal.org.

The Dublin Marathon will take to the capital’s streets this Sunday, October 30.