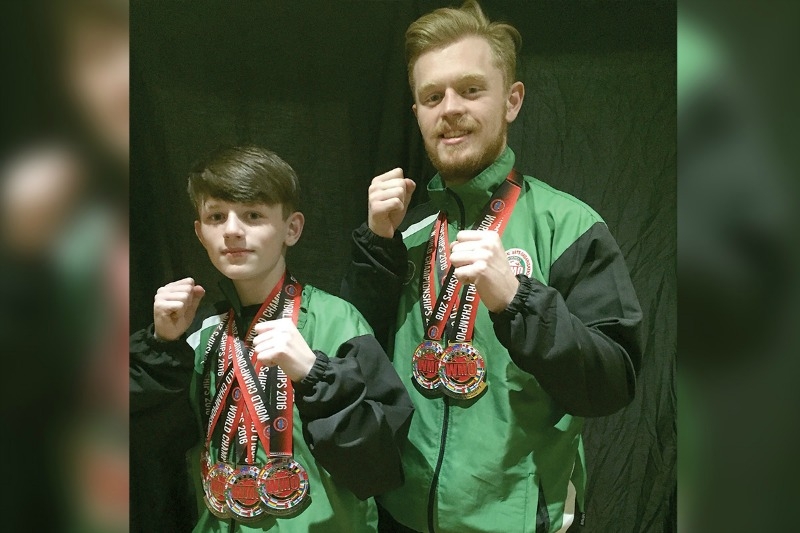 BROTHERS Jake (20) and Zak Riddell (14) from Kilnamanagh were no strangers to the podium at the recent World Martial Arts Organisation (WMO) Championship in Spain.

A part of the Team Ireland squad that contested the event, the two returned home with six medals between them.

Zak fought in the Age 13/14 Full Contact –50kg division and won gold before he lined out in three different weight categories in the 13-15 years class.

He topped the field in Light Contact -45kg and captured silver in
-50kg and gold in -55kg.

His older brother Jake fought in the Senior Full Contact section and scooped gold at -75kg before going all the way again in the Light Contact -83kg division.

Both competitors, who train with KKC Cabra under the watchful eye of Team Ireland coach Nicolas Duffy, will be joined their younger brother Josh (10) for this month’s WKKC World Championship in Citywest from November 2-6.

“We have a great group of children, teens and adults,” she said.

“We train twice a week with our club and Jake, Zak and Josh also train with KKC Cabra under Nicolas Duffy, who has been very supportive through the summer in preparation for the world championships for the three lads,” she added.