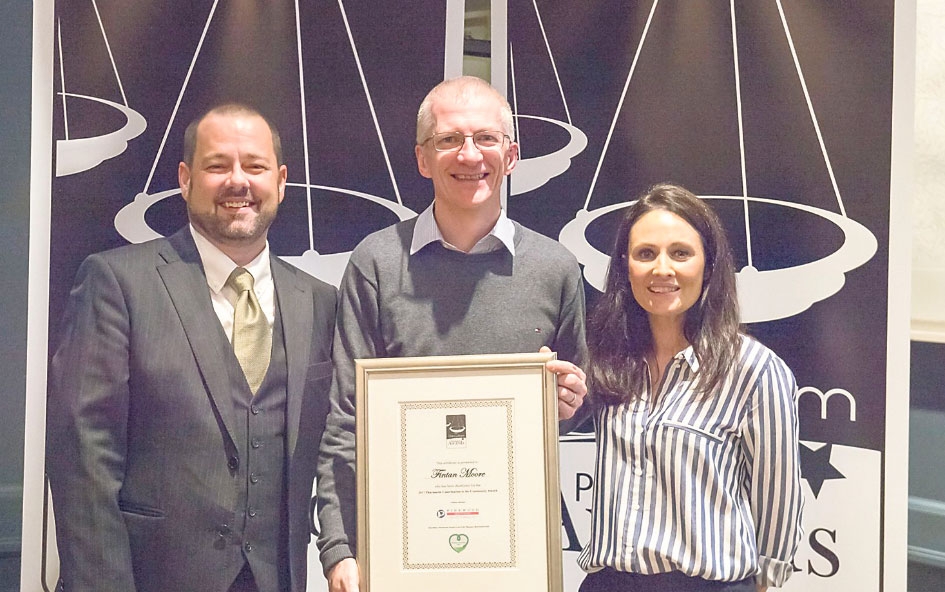 Local pharmacists from Tallaght and Clondalkin in running for top awards

THREE local pharmacists have been shortlisted in this year’s Clanwilliam Pharmacist Awards, which this year saw the highest-ever level of nominations for the awards.

Earlier this year members of the public were invited to nominate pharmacists who go above and beyond for their patients. A panel convened in September whittled down the submissions, which exceeded 400, to finalise the shortlist for the awards.

There are eight categories in total, with three finalists listed in each category ahead of the awards night on November 18.

Fintan Moore, from Greenpark Pharmacy in Clondalkin, is a finalist in the Pharmacist Contribution to Community Award, which is sponsored by Pinewood Healthcare.

“As an award recipient last year, it’s an honour to be a part of the decision-making process this year.

“It’s so important to acknowledge the individuals and teams who are nominated in each category for their contribution to the healthcare system in Ireland as a whole.”

The Liz Herbert Memorial Lifetime Achievement, sponsored by JPA Brenson Lawlor, and the Overall Pharmacist of the Year, which is sponsored by United Drug, are two exciting categories which recognise the outstanding work undertaken by pharmacists.

As a result, the recipients of these two prestigious awards, who will be selected from the list of finalists, will be announced for the first time on Saturday, November 18 in the Mansion House on the night of the awards.