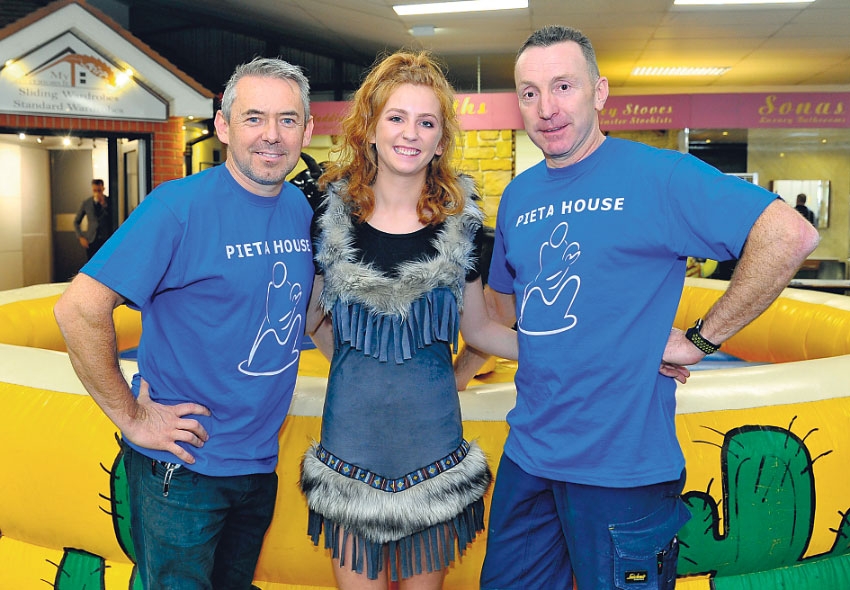 THERE was a lot going on for visitors to enjoy at the annual Smith’s Building Supplies charity fundraiser. However, the main aspect for owner John Smith is that over €4,000 has so far been raised for Pieta House.

This year’s Smith’s event on October 26 featured a wide variety of entertainment.

“It was the biggest one yet, there was so much action going on,” said Mr Smith.

“It was a brilliant day, very busy, the main part was condensed between 1pm and 2pm, you couldn’t move. At the end of the day we had to nearly throw people out. Some of them even came back the next day.”

Among the many features, the bucking bronco challenge generated huge attention.

“We had 15 businesses involved in the bucking bronco challenge, which was won by BNG. Visitors tried it out and we also slowed it down a bit to let the kids on. The girls from The Echo and 98FM also had a go, but my wife didn’t want me on it becuase I have a Pacemaker,” he added.

“We had two jerseys from Leinster Rugby, which were signed by all the players and raffled off, one went for €550. There was a roast pig that was milled – it fed about 130,” said John.

Up to 16 building suppliers hosted demonstrations of their products, including Ronseal, Dzone Windows, Lintex, Qual-Pex and Keylite Roof Windows.

It was a bittersweet day for John, who attended the funeral of his friend Eamonn Campbell, the Dubliners legend who often drank in the Submarine Bar, which was formerly owned by Mr Smith.