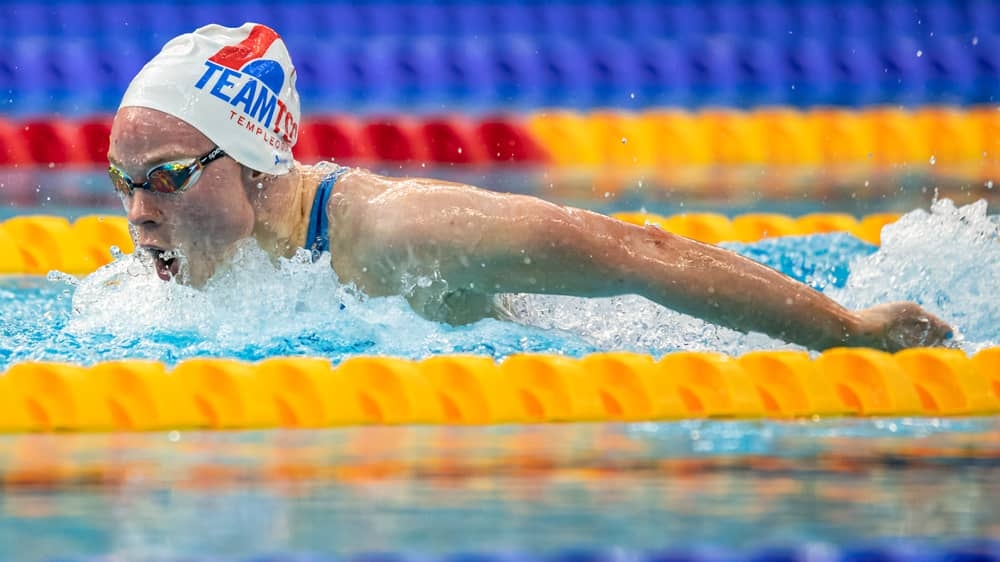 Local swimmers Niamh Coyne, Brendan Hyland and Ellen Walshe will take great esteem after their victories at the Swim Ireland Irish National team Trials this evening, despite ultimately falling short in their pursuit of the Olympic qualification standard.

Tallaght Swim Club and National Centre competitor Niamh Coyne lead a smart race over the course of 200m Breaststroke Women’s semi-final, staying in the pocket right up until the final 15 metres.

Across the three turns, the 20-year-old trailed new Irish record holder Mona McSharry and crossed the halfway point in 1:11.33.

Having set the Irish record this morning in a time of 2:25.92, McSharry could not hold Coyne off over the final 50m as she edged ever closer to taking the lead.

Templeogue registered-swimmer Molly Mayne could not keep apace with the others, finishing up in third with a time of 2:33.24.

Setting a new PB, that had she swam this morning would have seen her claim the Irish record, she said: “Mona did a great swim this morning and I knew she was going to be as fast tonight.

“I tried to swim my own race and try keep with her.”

Coyne will again go toe-to-toe with McSharry in tomorrow evening’s final, with both in the hunt for the Olympic qualification standard.

The Knocklyon man, who was disappointed with his 200m Butterfly display after falling short on the final turn against Paddy Johnston, made up great ground on the final leg this evening to make it home 0.4 seconds ahead of his Ards Swimming Club competitor.

And yet, Hyland fell short of the 51.96 needed to take him to Tokyo this summer.

In the final race of the evening, Templeogue Swim Club’s Ellen Walshe lead a blistering display in the Women’s 200m Individual Medley, touching in 2:15.01.

The 20-year-old lead from the off and found a few extra seconds at the midway point, as she transitioned from backstroke to breaststroke.

On the stretch, Walshe kept strong to finish 4.58 seconds ahead of Julia Knox in second.

Walshe will be out again in the morning in the Women’s 400m Individual Medley prelims ahead of the finals tomorrow evening, Saturday, April 24.

NEWER POSTKing and Smith on target as Pat’s move to the top of the Premier Division
OLDER POSTCoronavirus: One further death and 434 new cases