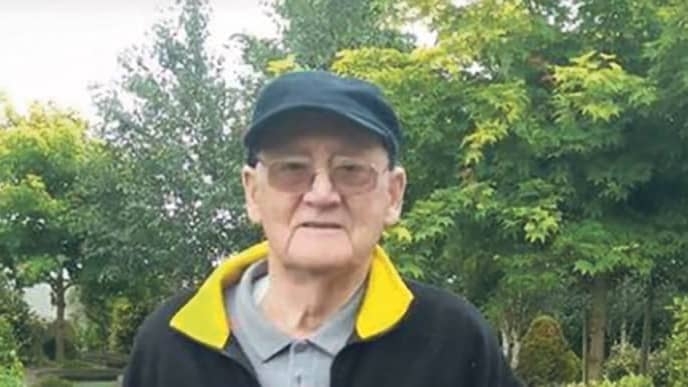 Local vet Jim Watkins was a true son of Saggart

Memories in tribute to Jim Watkins

Jim Watkins was a true son of Saggart. He was born and reared there, he identified with it and was identified by it, Jim Watkins the Saggart Vet.

Jim attended the local St Mary’s primary school before becoming a boarder at Blackrock College at the age of 11.

In doing so he broke the mould in the area by not following his father into the sand haulage business.

From Blackrock, he went on to graduate in veterinary medicine from UCD again breaking the mould of lads of his generation, and background, by attending university.

Unknowingly, he was leading by example and demonstrating that children of the forties Saggart primary school could aspire to go to college and achieve stature outside the local parish.

He worked in veterinary medicine in many parts of the country and in recent years produced a wonderful account of those years in a book of memories and anecdotes from his experiences as a young vet.

If Jim had an opportunity to rerun his life choices he would probably have joined the Irish Air Corps as a flying cadet for he had a lifelong love of aircraft, flying and aviation history.

As a child, he would sit in his garden, which overlooked Baldonnell. He had made a plane from an old tyre which acted as a cockpit and two planks acting as wings.

From there he’d fly among the clouds shooting down the ‘Red Barron’, or other World War 1 flying aces. But pragmatism won the day.

There was no market in aviation, no great demand for pilots, while rural Dublin with its little farms stretching from Dundrum to Blessington and beyond was crying out for vets. Jim answered their call.

However, he never lost his boyhood love of planes and over the years went on to develop an encyclopaedic knowledge of aviation history.

He even visited, while in America, an aeroplane graveyard and marvelled at these modern dinosaurs of the sky.

He was equally expert in navigational history and would watch and visit different naval ships that called into port around Ireland. Indeed up to recently, he was working on his second book on the ships that fed and protected Ireland during the 1939-45 emergency.

Jim was also knowledgeable on the Irish struggle for independence and the Tan war in which his father and uncles played a lead role in the South County Dublin area. In recent years he proudly and knowledgeably contributed to recordings for the National archives on the period.

Historians of both sides of the civil war would call to him to hear his balanced and valued opinion on the Tan war or war of independence.

Though he did not take kindly to new age revisionists of the period and would tell them so. He did not suffer fools wisely.

He loved military history and used his time and influence as the Vet in the Curragh, when the Defence Forces had their abattoir there, to attend the Military History Society. Indeed, he became a trusted companion to some of the officers and accompanied them on visits to the battlefronts across Europe as he traced the battles of the 1st and 2nd World wars.

He carried out considerable research on local history and was not merely caught up in the struggle for independence but had an interest in Industrial history, the mechanisation of farming, the urbanisation or travelling people.

Local historians from Dublin, Kildare and Wicklow would call on him to tap into links in their chain of local history.

Jim was generous with his time. I remember calling to him one evening and found him in the process of rehearsing a student for toastmasters.

The person had a speech hesitancy and was very shy. Jim was taking him through his paces, working with him on breathing techniques, voice projection.  He helped him with research and critiqued his work.

Young vets would call on him for assistance in developing their expertise with new-to-them techniques in animal welfare.

He was a great lover of animals and to the children of Saggart was known as the Cat doctor, the Dog doctor or birdman.

Children (my own especially) would call on him with wildlife they found in a distressed state, ranging from a disorientated or fatigued racing Pidgeon, birds with broken wings that had flown into electric wires, lame dogs, stray cats even a curlew on one occasion.

The children were always listened to, treated to a few grimaces and dancing eyebrows but always with courtesy and kindness no matter how trying it was on his patience at times.

Jim was forever a great storyteller. In his long tenure as a vet in Saggart and South County Dublin he came to know the quirks and vagaries of the seed breed and generation of every farmer in that catchment area and beyond.

Indeed, he was known to mimic many of them to perfection.

In the sixties after a house call, having worked at calving or delivering a foal or a lamb. He would scrub up and clean himself.

Then relax with the farmer for a cup of tea, a smoke and a chat. What some recall most was his stories, his distinctive good-natured laughter and the way he would punctuate a conversation with puffing perfect smoke circles, placing a smaller circle within the larger one and so on.

Children were mesmerised with his performance, while the housewife watched keenly at the balancing of an ever-growing inch of ash on the cigarette.

And as she reached with an ashtray he would tap the ash into the top of his rubber boot with a burst of laughter with a feeling of a job well done.

As I mentioned, Jim was an animal lover. He was featured in National Geographic driving around Tallaght of the 70ies drawing wider attention to the growing problem of stray dogs.

He did not just highlight and complain about it but he attempted to do something about it. He founded an animal pound at his home ‘The Laurels’.

This was a considerable undertaking in his senior years but he was ably assisted by his friend Robert White. At times the pound invited negative criticism from locals some of which stuck deep with Jim for beneath all his bluster he was a sensitive soul.

For me who observed the pound as his closest neighbour, it was a treat to watch him dealing with travellers negotiating the retrieval of their horses from the pound.

It was at times reminiscent of antics worthy of the Puck fair, Spancil Hill or Ballinasloe horse fair.

Yet the travellers respected him and when it came for  the hay  to be brought in it was the Caseys from Limerick and the Hutchinsons from Cloughjordan in Tipperary, whom he first met as a young vet in Tipperary,  that brought the harvest home for Jim

On the 13-9-2020 at 22.35. I got my last text from Jim. It read ‘Dear Friend I have advanced Parkinson’s disease and severe lung fibrosis which has got worse since April this year.

I am currently in St Vincent’s Hospital awaiting a transfer to Blackrock Hospice. Jim’. In this text, Jim was saying his last goodbye for he died 3 hours later.

― Robert Louis Stevenson  once said, “We are all travellers in the wilderness of this world, and the best we can find in our travels is an honest friend.”

For those of us who had the good fortune to meet Jim Watkins in our journey met such an honest friend.