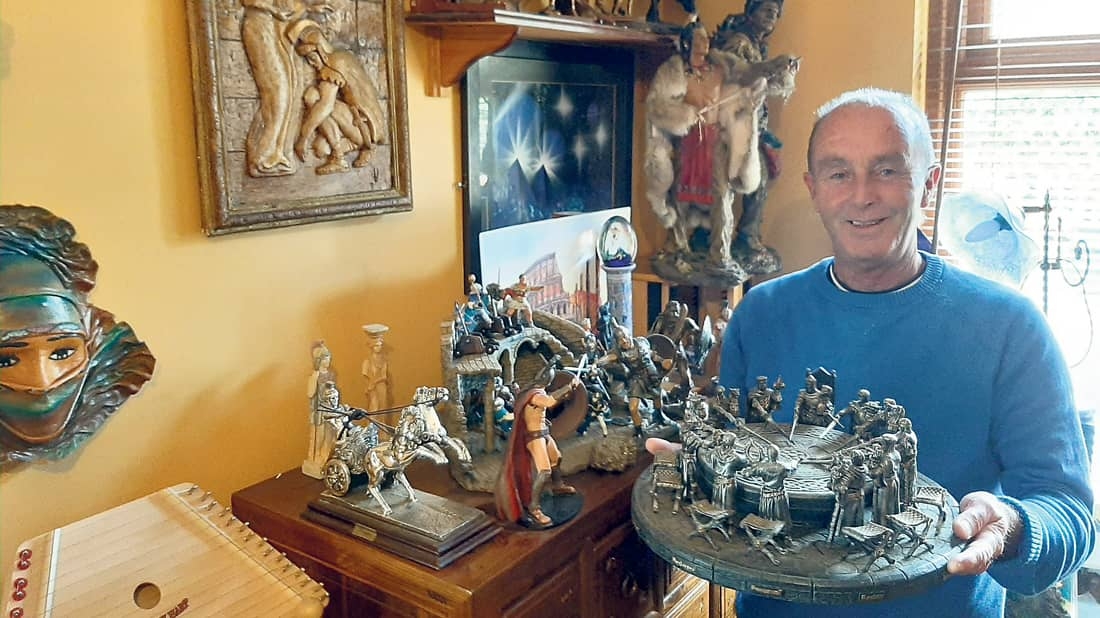 The Collectors: A trip to ancient Athens City reignited David the collector

A series of weird and wonderful resident collections in The Echo

A TRIP to the ancient city of Athens and island of Zakynthos in 2014 reignited David Kinsella’s love of history – particularly with regard to his favourite eras – the glorious Greek and Roman time periods.

Kinsella picked up some military figurines and paintings from the market stalls and brought them back to his home in Clondalkin.

In recent years, he has built up an impressive historical menagerie containing Roman soldiers, Native Americans, knights, cowboys, wild animals, and a range of historical paraphernalia, including old coins.

“When my grandkids come over they always want to go into what one calls the zoo, and another calls a museum,” said Kinsella.

“Sometimes I go into city centre second hand shops for pieces, if you have an eye for it you will find it.”

The scale of the collection is the first thing that strikes you entering Kinsella’s living room, and it takes a few minutes to absorb all the details on display.

“I suppose my first interest in collections was at an old second hand store in Inchicore as a kid. It was like a comic library.

You could go in and get the Dandy and the following week, they would allow you to do a swap,” he said.

A tribute to Native Americans

That trip to Greece, rekindled his love of stories and began his new collection.

David continued: “I think people who collect things are grasping for something that is a part of them. In Athens, I recall the architecture of the city, which is similar to Pompeii.

I was standing between two huge pillars looking out over the city and imagining the historical figures that once stood on this very spot.”

Despite his love for the Romans and Greeks, David’s favourite piece in the collection is actually a Knights of the Round Table sculpture, which due to it’s weight, had to be shipped home by boat from Greece.

It is hard to put a number on this collection, as it covers each corner of the room, but David plans to expand his army in the years to come.

“Please God, when all this Covid is over and I start making more money. I would enjoy paying a visit to two places –  the Roman Colosseum and back to Athens.”