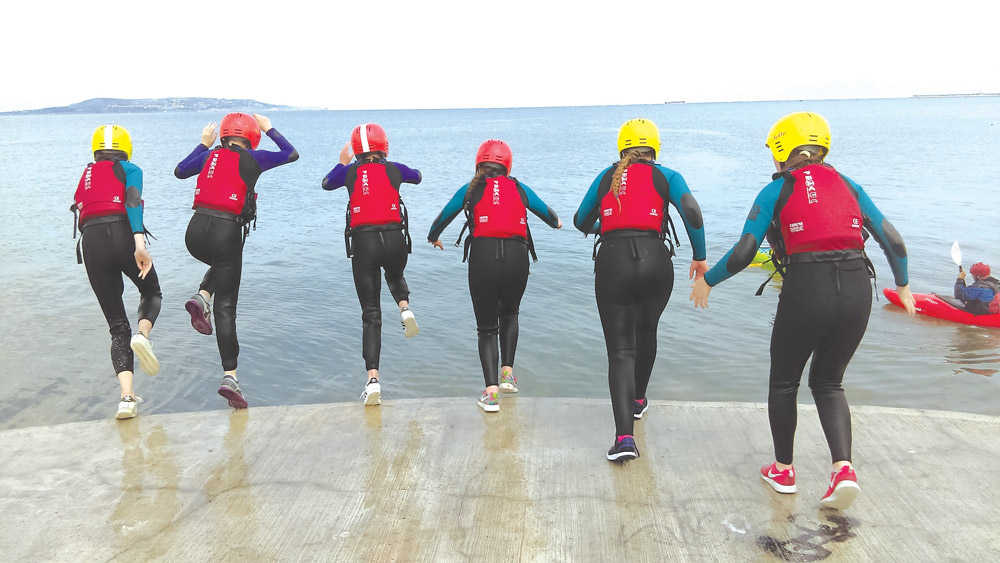 Members of Foroige will benefit from the funding

YOUTH diversion projects in Tallaght have received a significant funding boost this week, with the announcement of €694,450 in Government funding being allocated to projects in Dublin 24.

Youth diversion projects engage with young people through a range of supports, including education, training and employment support, and social enterprise initiatives.

The youth diversion projects in Tallaght are run by Foróige, and the funding boost will enable the projects to extend their catchment areas and employ more staff.

A total of €125k for a boundary extension of services encompassing Old Bawn, St Dominic’s, Kilnamanagh and Kingswood.

It is proposed to cross divisional boundaries to include the entire Kingswood area south of the N7, and the project will also serve the area around Tallaght Village and the Square.

Funding of €125k has also been awarded for another boundary extension, broadening the youth diversion project to include Springfield, Belgard, Citywest and Saggart.

This project will cover all areas with Tallaght sub-district west of the Belgard Road and north of the N81.

Two grants of €110k each have been awarded for early intervention services, with one of the grants being used to employ two staff to take referrals and work directly with young people.

The people that the staff will be providing early intervention services to are children aged eight to 11, who have been identified by gardai, schools, youth workers and others, with an emphasis on young people in Killinarden.

The second grant of €110k will be for the employment of two staff working in early intervention, with an emphasis on helping at-risk young people in West Tallaght.

Funding of €59,450 has been ringfenced for the employment of two family support workers to help families in West Tallaght who are having issues with their children’s behaviour both in and out of the home.

The Government has provided funding of €55,000 for the employment of a full-time family support worker, to help parents and families in Killinarden, St Dominic’s, Tymon North and other areas of Tallaght.

Two allocations of €55k for harder-to-engage services have been awarded by the Government.

The first allocation is for the employment of a staff member to take a lead role in developing programmes and initiatives with harder-to-engage young people.

The second allocation of €55k will be used to develop a focus on retention in education and training, as well as preparation for employment and skills development initiatives like ‘Work to Learn’.

The Echo also understands there was increased funding of €220,000 for the Ballyfermot area including Cherry Orchard across a number of projects.

There was also an increased allocation of €180,000 for an expansion of services in the wider Rathfarnham area.