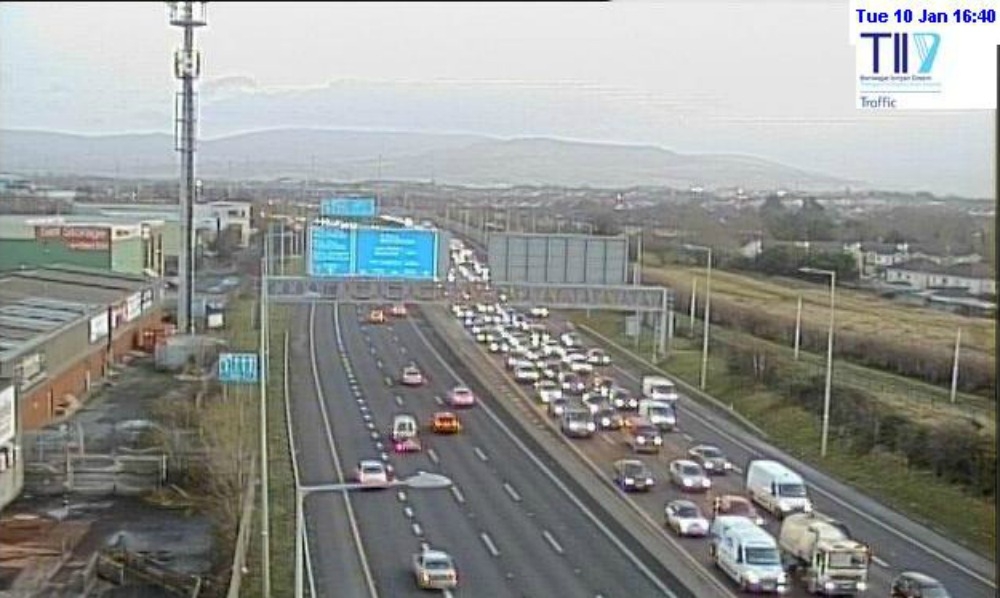 As if yesterday’s frustrating journey home for many using the M50 was not enough, traffic is already building this evening due to a crash at Junction 9 (Red Cow) northbound.

Many were stuck on the capital’s busiest road on Monday for more than an hour due to a truck shedding its load on the Westlink Bridge northbound.

Heavy delays on the approach to the collision on the M50, traffic is back before J10 Ballymount.

That meant traffic became heavy on all secondary roads around Clondalkin, Tallaght, Walkinstown and Drimnagh.

According to the AA this afternoon there is a collision blocking the right lane at the Red Cow junction heading northbound, with delays already back to

Emergency services are currently at the scene.