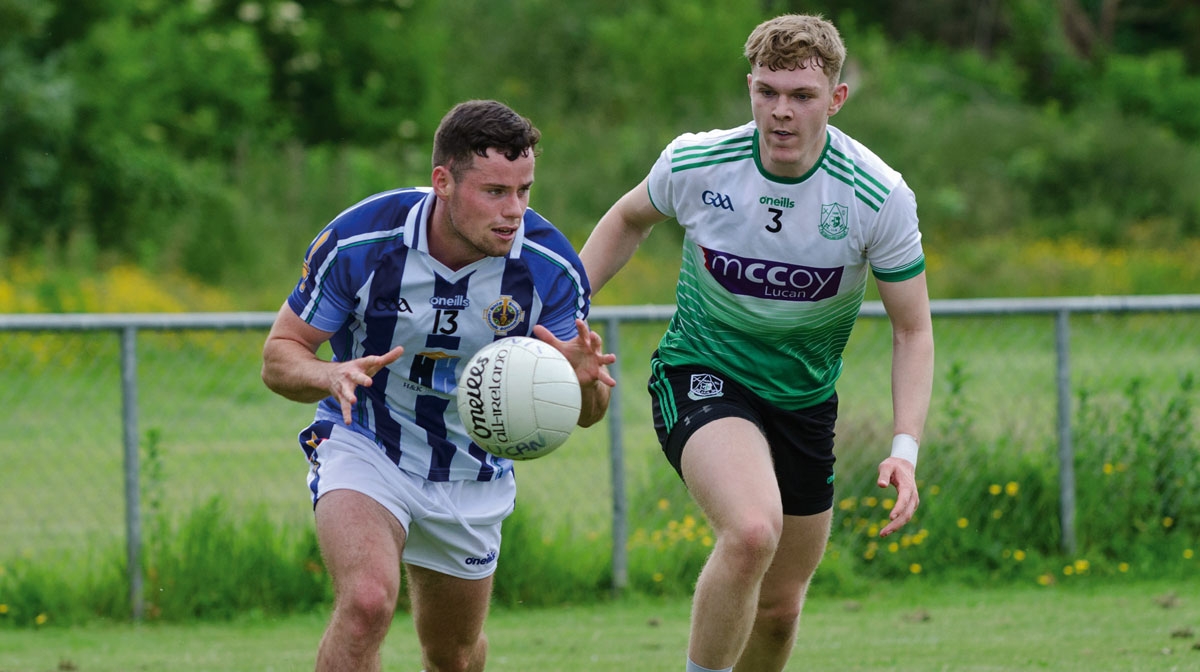 Following roughly nine months without a competitive game, the Lucan Sarsfields and Ballyboden St Enda’s footballers signalled their respective returns to the action by playing out an entertaining draw at 12th Lock on Saturday evening.

In their first games of the Go Ahead Adult Football League Division One South - the leagues are split up geographically due to the delayed resumption of club fixtures - these southside rivals were tied at 0-12 apiece by the end of the contest.

Despite being without the services of Dublin panellists Robbie McDaid and Colm Basquel, the ‘Boden starting line-up was packed with star names.

Recently retired from both codes of the inter-county game, Michael Darragh Macauley and Conal Keaney were on hand to make their considerable presences felt.

Anthony Rainbow’s side will be eager to make amends for last year’s championship final defeat to Ballymun Kickhams and the regular presence of Macauley and Keaney will help them to build cohesion.

Although Lucan were on top of the early exchanges, ‘Boden kept themselves in the frame thanks to reliable performers like McGarry, Darren O’Reilly and Keaney.

The likes of Brendan Gallagher and Sean Newcombe have been key figures for Sarsfields in recent seasons, and this will continue to be the case in 2021.

While Lucan will have felt that yesterday’s game was there for the taking – ‘Boden showed plenty of resilience to keep them at bay – they will have a chance to get a win under their belts when St Jude’s arrive at 12th Lock on June 26. For Ballyboden, their next game is a home meeting with Castleknock on the same night.

Elsewhere in Division One South, Thomas Davis sent out a statement of intent with a 5-13 to 0-8 triumph over Ballinteer St John’s at Kiltipper Road.

St Jude’s played host to Kilmacud Crokes at Tymon Park, but ultimately fell to a 0-18 to 1-8 reversal.

In Division Two South, Templeogue Synge Street produced the goods at Dolphin Park to claim a 2-13 to 0-12 victory at the expense of Na Fianna ‘B’.

Tied with their Glasnevin counterparts at the second half water break, TSS pushed on for the points with goals from the Dignam brothers – Barra and Fintan.

Despite being without a host of players – including current Dublin footballer Niall Scully and former county star Eoghan O’Gara – ‘Synger’ made it a winning start to 2021.

The returning Declan Treanor registered a brace of opening period points, while Ronan Holohan marked his senior league debut with an impressive haul of 0-3.

Sean McCormack, Ger Vickery, Alex O’Toole and Tom Kelly were others to find the target for TSS, who will face Scoil Ui Chonaill on the Clontarf Road next Saturday week.

Scoil welcomed Round Tower Clondalkin to their home patch on Saturday in Two South, but couldn’t prevent the Monastery Road from coming away with a 1-11 to 1-8 success.

At Silver Park, St Anne’s produced a strong display but Kilmacud Crokes ‘B’ came away with the spoils on a final score of 1-12 to 0-12.