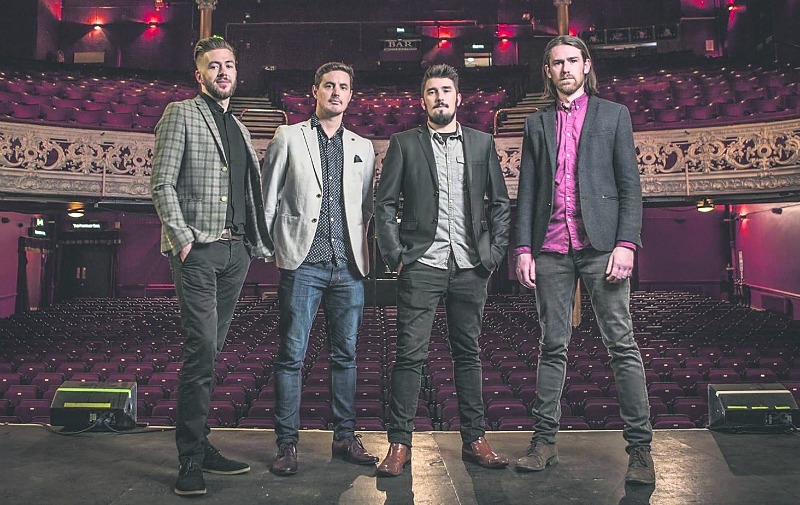 LUCAN band The Riptide Movement has released a new single from their highly anticipated, upcoming, album Ghosts – with a gig planned to mark the album launch being staged in the Olympia tonight, October 21.

Called Skull and Crossbones, the single was one of the last songs written for the album and is described by the lads as having a dark and soulful quality – which is reflective of the landscape surrounding the studio in which it was recorded, the Sonic Ranch Studio.

The world’s biggest residential studio, the Sonic Ranch Studio is built on a 23,000-acre pecan plantation on the Texas/Mexico border – a place where the band spent two months recording.

The new, 12-track album Ghosts is The Riptide Movement’s fourth studio album and will be released on October 21 – when the lads take to the stage of the Olympia.

The Riptide Movement has enjoyed plenty of success with previous albums, including Keep on Keepin’ On, which won an Eric Award for Best Irish Album in 2012, and Getting Through, which was a gold selling, number 1 album, in 2014.

Talking about Ghosts, drummer and percussionist Gar said: “None of us were too precious [about it], everyone was geared towards the one direction – we wanted to make a deep and emotive album.”

Frontman Mal added: “We all sat down together during that initial stage of pre-production and discussed what we wanted to say through the music and through the songs.

“Some of the themes were dark but they were real and something we felt everyone could really relate to and understand.”
To listen to Skull and Crossbones, which has been released hot on the heels of The Riptide Movement’s most recent hit single Elephant in the Room, visit the band’s Facebook page.

To celebrate its release, The Riptide Movement will play a headline show at the Olympia Theatre tonight, October 21.