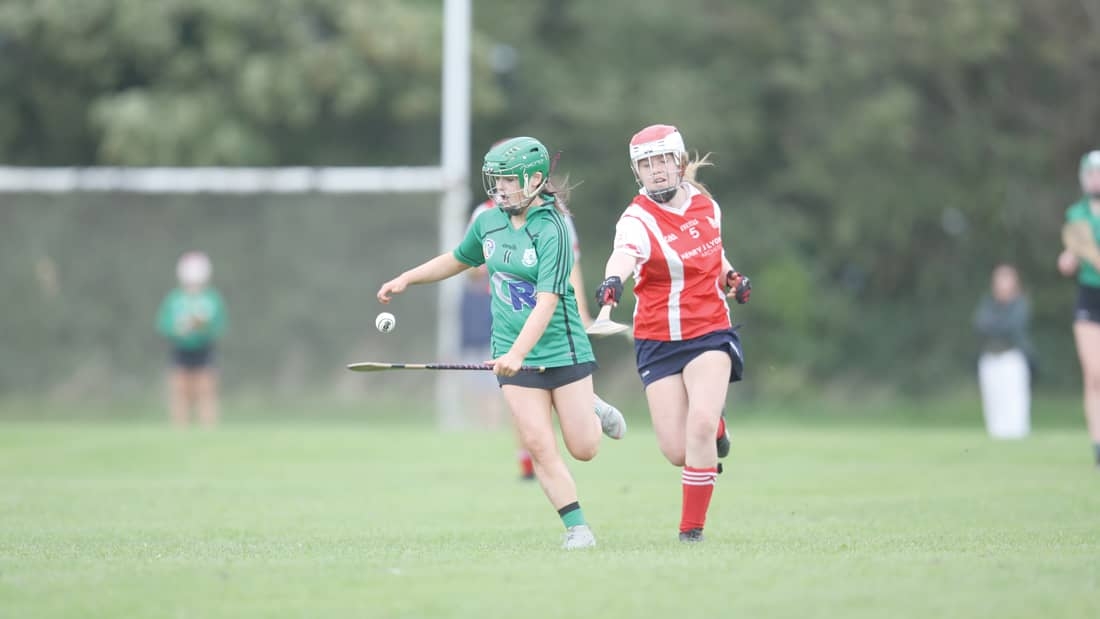 LUCAN Sarsfields’ Under 16 camogie team secured their place in the championship final following a 1-9 to 0-6 victory over Division One rivals Cuala on Saturday.

Clara Finn got Lucan off to a promising start with a point before a second followed from Sinead Daly although it was clear, even at this point, that this game was not going to be one of those high-scoring outings that Lucan had enjoyed in the group phases.

Cuala battled hard and some textbook frees from Roísín Ní Drisceoil kept them in contention as the first half ended 0-6 to 0-2 to the homeside.

The second half started with the same intensity as the first, and Cuala scored three frees to close the gap significantly.

Lucan made some key changes in the final quarter and substitute Aoibheann Stokes delivered the key goal that they needed.

Supported by an excellent defensive team led by captain Cara Ware and some tight marking by Ella Lacey, Cuala were prevented from breaking through.

Leading 1-5 to 0-2 at the halftime break, Lucan pushed on for the victory with Orla Morrissey, Clara Finn and Riona McKearney all finding the back of the net while Kellie O’Brien also got on the scoresheet.