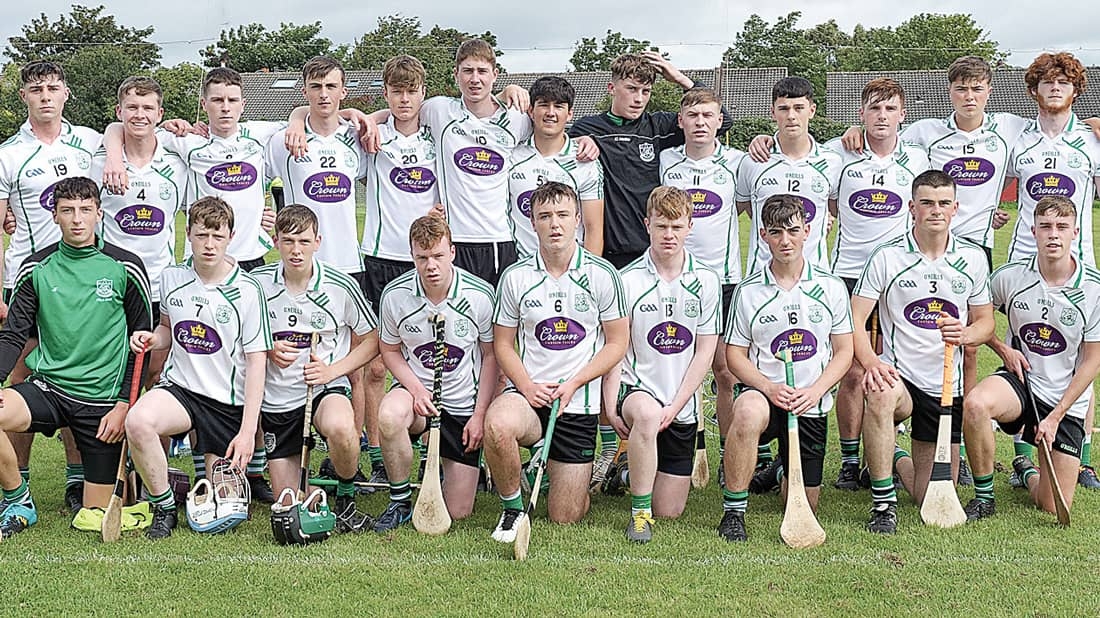 LUCAN Sarsfields hit the turbo button midway through the opening half to race clean out of sight of Thomas Davis in their opening Minor Hurling Championship Group Three fixture in Kiltipper on Sunday.

Winning out 0-9 to 2-22 in the end, the 12th Lock side easily coped with the bright start made by their hosts who hit six of their points before the halftime break, Fionn Murray, Brian Keogh and Conor Cronin shooting over.

Lucan Sarsfields proved too strong in their championship opener

That start might would have been even better had it not been for a missed penalty that really only galvanised a Lucan team that never looked back after Matthew Coogan rattled the net.

But it was former Dublin Minor free-taker Charlie Keher who served up the bulk of the scores for the visitors, 11 of his 15-point tally on the day coming from placed balls.

The other two former Dublin Minor players in the Lucan set-up, Colm Walsh and Evan Dowling, also got on the scoresheet in the second half as did Sean Harkness and Hugh Cuffe as Sarsfields took complete control.

Derek Hogan, Adam Waddick and Brian Keogh did fire over the bar for Davis in the second period, but it was never going to be enough to spark an adequate surge by the Tallaght side.

Indeed Lucan performed very solidly as a unit and, physically, were too strong for their opponents on the day.

They will be looking to build on this early championship win when they welcome Cuala to Lucan next Wednesday while, at the same time, Davis will be hoping to bounce back when they travel to St Vincent’s.