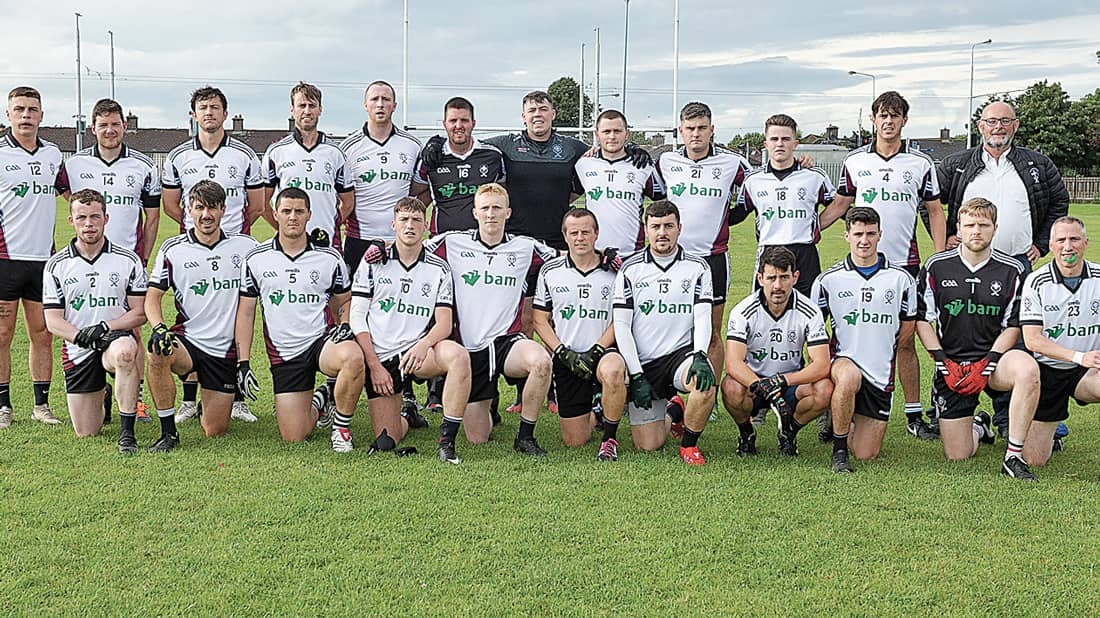 IN WHAT was a nailbiting curtain raiser to the Intermediate Club Football Championship, Good Counsel Liffey Gaels clinched the narrowest of victories over their Group Four opponents St Finian’s of Newcastle at Galtymore Road on Saturday.

Indeed the homeside battled their way back from six points down at the halftime recess to snatch a 1-14 to 2-10 victory against the team that had beaten them well in the championship last year.

A brilliant spectacle for the neutral saw the game swing back and forth with Counsel Gaels drawing first blood by way of two early points from Dean Blood and Barry Reilly.

Yet Finian’s looked to have exerted a tight grip on proceedings by the interval as Sean McCarthy, Ian Boran, Lawrence Harney and Conor Spillane all struck over the bar to propel the visitors 0-3 to 0-9 in front.

Yet instead of building on that significant lead in the second half, the Newcastle side quickly found themselves trailing as Counsel Gaels hit 1-7 without response.

Blood found the back of the net, coolly applying the finishing touch to a great team attack after he beat his marker and the opposing keeper.

Adam Quinn and Dylan Kearns each chipped in with a brace of points while Sean O’Kane struck over on several occasions as Counsel edged back into the driving seat.

Yet Finian’s were never out of this game by any means and McCarthy helped keep the tie on a knife’s edge when he latched on to a through ball from Spillane before firing home.

And he rattled the net again when a high ball into the square was knocked down into his path and he needed no second invitation to tuck it away.

That served to put them a point ahead, but Counsel were not finished either and managed to turn that narrow deficit on its head as the game entered the closing stages.

Adam Skelly, Blood and Barry Reilly all served up points as Counsel got their nose in front, but, even at that, Finian’s had the chance to level things up when awarded a very late 45, but Harney, who had turned in a fine performance on the day, was unable to keep this difficult effort on target.

Still the Newcastle side will draw plenty of positives from this performance as they gear up to face St Margaret’s at home on August 5.