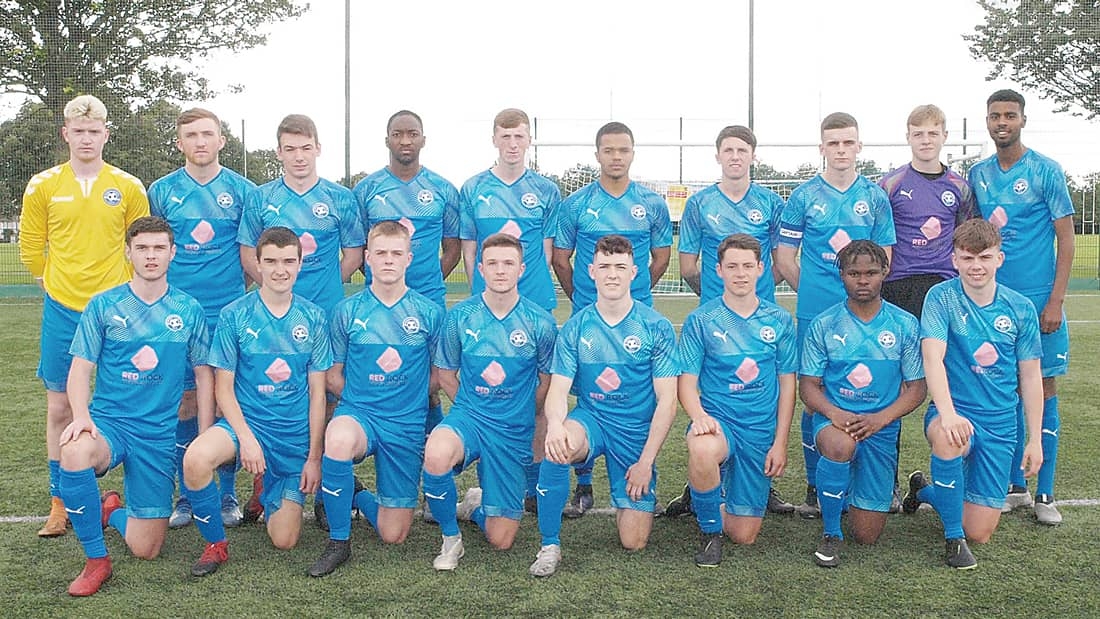 THERE was heartbreak for Crumlin United at Pearse Park last Sunday afternoon as they lost out to Cork’s Douglas Hall at the quarter-final stage of the FAI Youth Challenge Cup.

Despite beginning and ending the contest with goals from Ryan Gannon and Stanley Raymond, the hosts ultimately came off second best to the confident Leesiders.

The teams had been deadlocked at 1-1 just past the hour mark, when versatile Douglas star David Debuf went down with a serious-looking knee injury. As a result, the game was delayed for 25 minutes as they awaited the arrival of an ambulance on the scene.

Rather than being demoralised in the absence of Debuf, Douglas responded with three quick-fire goals and left Crumlin with too much of a mountain to climb.

United had been hoping to make home advantage count against a side that embarked on a journey of 250 kilometres wearing mandatory face masks.

When winger Joey Murrey was upended in the box by Douglas defender David Garvin with 14 minutes gone and Gannon stepped up to calmly slot the ball into the bottom right-hand corner.

Crumlin went close to doubling their lead on the first-quarter mark. Zahran Hajji rose to meet a cross, only to see his effort cleared off the line.

Douglas made the most of that reprieve when Roger Timon lofted a set-piece into the Crumlin area, where Stephen Egan inadvertently headed beyond the reach of his team-mate Dara Davey-Kelly.

Crumlin continued to offer an attacking threat of their own and substitute Darren McCormack – who deputised for the injured Hajji – forced a strong save out of netminder Antonio Ancheta.

Thirteen minutes into the second half, Dean Sutcliffe unleashed an inch perfect delivery into the Douglas area and Murrey headed inches past the post.

Douglas sought to counter Sutcliffe’s threat by switching Debuf from outside left to the right-back position.

Unfortunately, his afternoon came to a halt after he went down under a seemingly innocuous tackle. This eventually forced Douglas into an additional alteration and it was striker Brian O’Neill who was thrown into the mix as part of another tactical reshuffle.

It worked a treat for the Munster men as they proved the dominant side in the closing stages of the tie. A succession of corner kicks kept Crumlin on their toes and when the ball broke perfectly into his path, Daly fired clinically to the opposing net.

Crumlin were not out of the reckoning just yet and were prepared to battle with all their might for a crucial second goal. However, Douglas gave themselves considerable leeway when O’Neill fired home at a left-hand angle.

Time was now running out for United and when Agape Malanda was put through 10 minutes from time, he increased the Douglas advantage to three goals.

To their eternal credit, Crumlin fought to the bitter end and Raymond capitalised on an Ancheta error to claw a goal back, but it was not enough to halt the progress of Douglas.