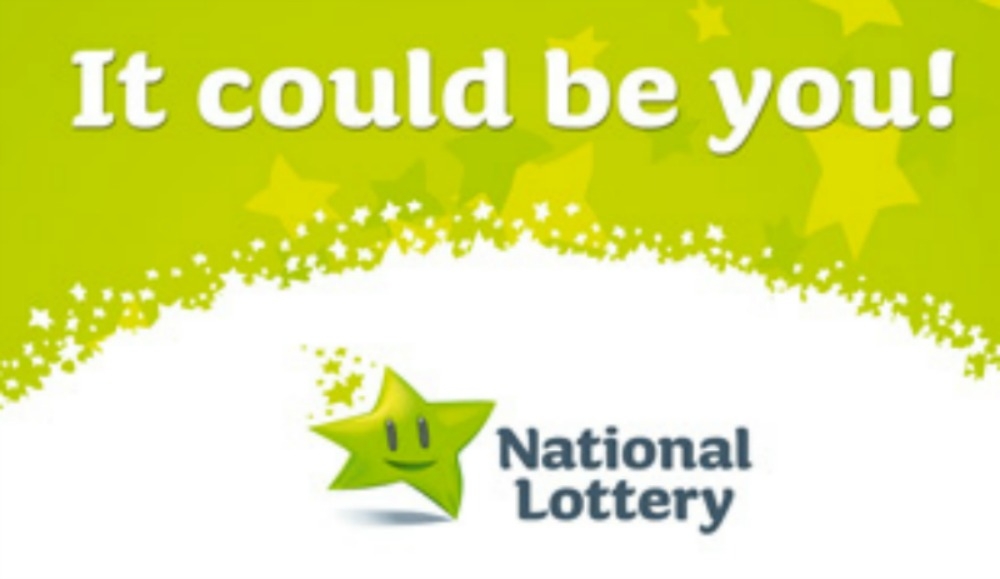 A Kildare couple who bought a lotto ticket in Tallaght were celebrating this week after they claimed €500,000 in winnings on the Lotto Plus 1 draw.

The delighted Kildare couple claimed their prize on Wednesday at National Lottery offices in Dublin.

The husband and wife were accompanied by their son as they celebrated their wonderful news with a cup of tea and thanked their lucky numbers.

“We’ve been playing the same numbers for 15 years”, said the happy wife.

“We usually play online but for a change we bought our Lotto ticket in the shop last Friday.”

The lucky ticket was bought in the Topaz Service Station on the Tallaght bypass.

“We were out for dinner at the weekend and I looked up the results online.  I glanced down and saw our numbers listed next to the Lotto Plus 1 winning numbers. I couldn’t believe my eyes!” she said.

The husband continued, “I said to her – You better have played our numbers!  We quickly looked at the tick, and thankfully we did”.

The couple plan to use their winnings to make home improvements, pay bills and put some aside for the future.

The ticketholders share the jackpot, each winning €2,307,937.  The prizes have not yet been claimed.

Tonight’s Lotto jackpot is a guaranteed €2 million.  Play in store, on the National Lottery App or online by 7:45pm on Wednesday evening.