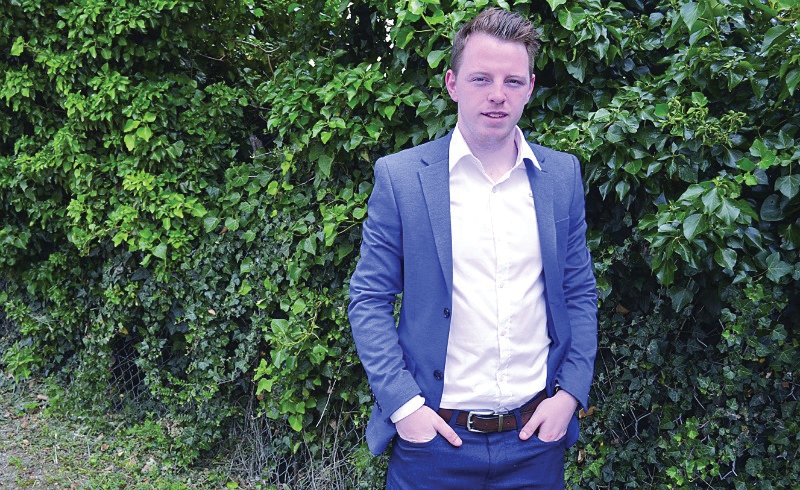 Luke delighted to be escort at Rose of Tralee event

A TALLAGHT lad has been picked out of a bunch of strapping hopefuls as an escort for this year’s Rose of Tralee.

Living in Ellensborough, Luke Sharkey (23) plays GAA for Thomas Davis and is a former student of St Mark’s NS in Springfield and St Mac Dara’s in Templeogue.

The only Tallaght escort this year, Luke was successfully chosen from hundreds of hopefuls – with 64 escorts finally being selected to chaperone the Roses during the August festival.

The Irish Fairy Door Company in Clondalkin is Luke’s sponsor, as he worked there for a number of years before recently moving to Parnells Castors in the Southcity Business Park in Tallaght.

His ambitions in life are to own his own business in the toy industry, become a psychologist and be involved in a music band.

“However, I am really outgoing and very chatty and I think I can bring a lot of fun to the festival.

“I love meeting new people and that’s one of the reasons I wanted to be an escort.

“It’s a great chance to meet lots of amazing people from all walks of life and have some fun in the process.”

The Rose of Tralee has over the years been hit with criticism for its format, which some believe is outdated and not relevant to today’s youth.

However, according to Luke: “I think the Rose of Tralee is very modern and it has changed with the times.

“I’m really honoured to be an escort and to be representing Tallaght and I’d encourage anybody to get involved.

“It’s an amazing event that is watched by millions of people across the world and it also brings families together.”

For further information on this year’s Rose of Tralee, visit www.roseoftralee.ie