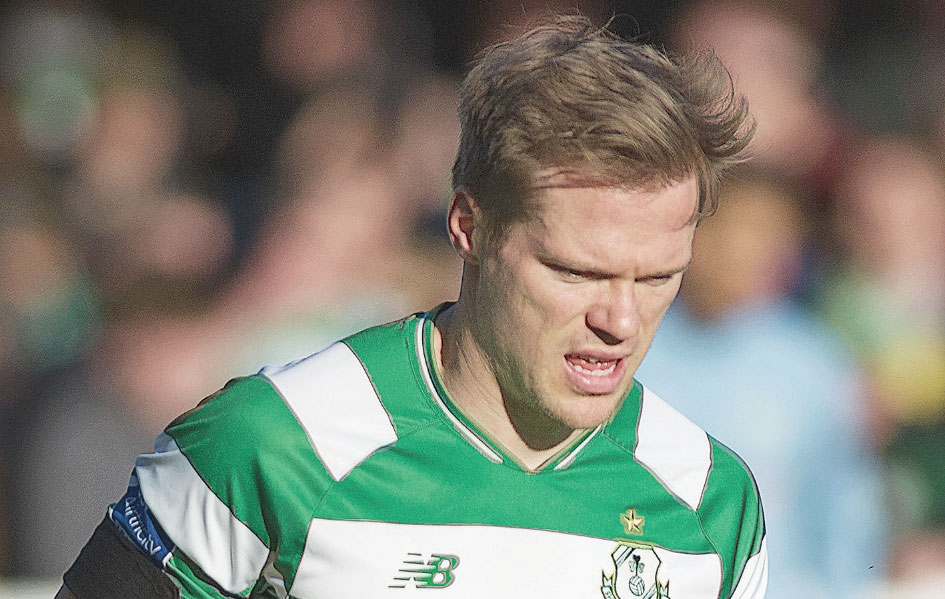 SHAMROCK Rovers announced on Wednesday that the contract of full-back Simon Madden will not be renewed for 2018.

The club said they would like to thank Simon for his time at the club where he made 194 appearances during two spells and we wish Simon well in his footballing future. The Tallaght-born right-back has been the club’s most consistent appearance-maker over the past four seasons, and racked up 194 appearances in total over two spells with the club.

Twenty-nine-year-old Madden holds the record for the most consecutive appearances for the Hoops with 123, having broken Derek Treacy’s record of 110 last season.

Rovers’ 2016 Player of the Year played his youth football with Cherry Orchard before signing trainee terms with Leeds United as a 16-year-old.

He returned to Dublin with Rovers in 2008 after failing to make the breakthrough and after a year-and-a-half with the Hoops, he signed for Darlington, who were managed by Steve Staunton.