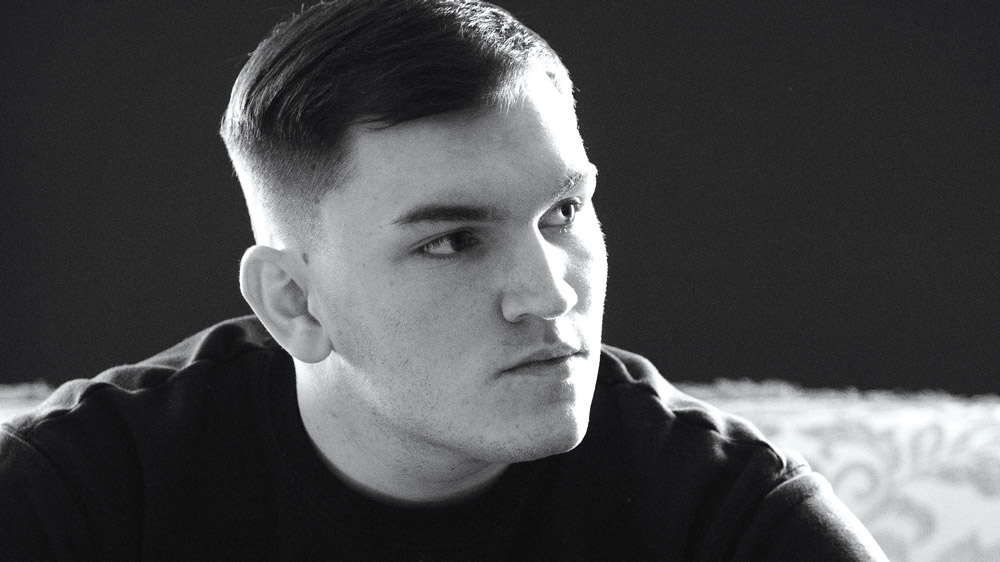 Singer-songwriter Bradley Marshall has amassed over 215,000 followers on his ever-growing TikTok page, where he regularly posts snippets of his own original material and covers.

His online presence has gone from strength to strength over the past year-and-a-half, as thousands of people connect with his powerful and commanding vocals and songs on a daily basis.

Bradley, 22, who is from Kingswood in Tallaght, recently released his first official single, ‘Make Believe’, and is preparing to perform as a support act for Lea Heart during her two-night stint in The Academy later this month.

The past pupil of St Mac Dara’s Community College in Templeogue told The Echo about his lifelong passion for singing, his continued success on TikTok, and the idea behind ‘Make Believe’.

Who was your favourite singer when you were growing up, and what about them resonated with you?

Growing up, I always loved Bruno Mars. I used to sing his songs all the time and he’s the artist who I really discovered my voice from, to the runs to the riffs, etc.

When did you realise you had a talent for singing?

Well, my parents have old video tapes of me singing, even when I was the age of two, they’re actually quite funny. I believe that it’s definitely something I was born to do.

What do you enjoy most about writing songs?

It’s the best thing in the world, especially writing with other people. Songwriting enables me to pour my feelings and emotions into a song, which sometimes I can’t do when I try to talk about them.

When and why did you set up your TikTok account?

TikTok started to take over around the start of 2020, but it wasn’t until months after it was popular that I made an account. I set it up to showcase my vocals, and I haven’t looked back since.

You currently have over 215k followers on TikTok, how do you feel about knowing so many people like your content?

It’s amazing. I never really thought I’d get that much in the space of a year and a half. The messages and comments I receive daily from hundreds of people really keeps me going, every day.

How do you feel about releasing your first official single, ‘Make Believe’, this month?

I am so excited! This is my first official release that I had a real team around me to help me with it. I wrote this song with Ryan Hennessy, Jimmy Rainsford and Owen Cardiff from Picture This – a dream come true, really.

What is ‘Make Believe’ about?

‘Make Believe’ is a song of love that has become somewhat unrequited, and it is about trying to have one final taste of the amazing connection that was once there. It is really a plea to the person, saying that even if the relationship doesn’t last forever, hopefully the love can in some way – no matter how big or small. Although, overall, the song is a sad one. It’s tinged with a naive sense of hope.

You’ll be performing as the support act for Lea Heart’s shows in the Academy later this month. What can the audience expect from your performance?

I’m going to be performing some brand new songs I wrote over the past year, so I’m excited to share them with the audience. I really feel I come alive when I’m on stage, and I try to deliver a performance that will resonate with the audience.

‘Make Believe’ is out now on all streaming platforms.

There are limited tickets available on Ticketmaster for Bradley’s performances as support to Lea Heart at The Academy on April 19 and 20.

For further information, visit @BradleyMarshallMusic on TikTok and Instagram.