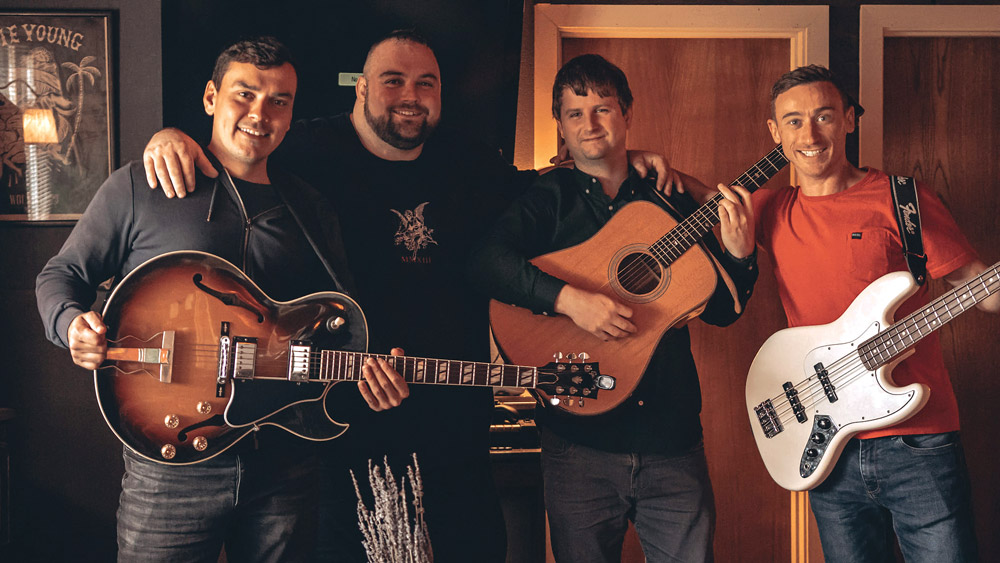 Making Some Music: Debut ep from The Victory

The Victory have been making waves in the Dublin music scene in recent months, with a well-received performance in Workman’s helping them to develop their growing fanbase.

The band’s newest release is their debut EP, titled ‘Making Some Music’, with frontman and Jobstown native Shane O’Reilly’s soulful vocals being a particular highlight.

The Victory’s sound veers between rock and pop, and is completed by musicians John Mahon from Ballycullen, Alan O’Flaherty from Old Bawn, Dave Smyth from Knocklyon, and Chris Platt.

Lead singer Shane O’Reilly told The Echo about how The Victory was formed, and what’s in store for music fans who listen to their new EP.

The Victory formed at the beginning of the pandemic, what prompted you to decide to form a band?

We had all been doing some different music projects. It started as my solo project with Dave and followed by Al in 2019 but after a year, Chris and John, after some rehearsals ended up becoming a part of it.

This resulted in it not being a solo thing anymore as there were lots of new riffs, and people really contributing musically to the songs, so it felt more that it was a band rather than a solo outfit.

That gradually happened over a year and a half, actually.

Was there a specific point or instance where you realised you all gelled together as musicians?

I’m not sure there was a specific point, but as we played more together it was becoming more and more natural and we started reading each other.

How would you describe The Victory’s sound?

I would describe it as upbeat, there’s a brightness to it. We’re always harmonising on most songs, so there’s a bit of a throwback sound at times, due to the four-part harmonies.

That was predominant in bands back in the 60s and 70s, but I’d like to think we’re not just trying to copy the past, but take elements of the past and try to make them sound modern.

You can’t really hide your influences.

You released your debut single ‘Making Some Music’ last May, how do you feel about the feedback it received?

It was positive. We got a great video made by Anthony White, but I hope we can do more to get it heard, as there’s a tendency to move on mentally when you release something without giving it a proper push.

You’re releasing your debut EP soon, how do you feel about reaching that milestone as a band?

It’s a bit of a relief, really. You can end up with nothing so often when you put hard work into something. You can be too precious with recordings, or with music in general, but I’m glad we’ve got it out now. It’s hopefully the first of many!

Can you tell me a bit about the EP?

It’s named after our song ‘Making Some Music’. It certainly has a certain philosophy behind it – the idea of doing something for the art’s sake, and to make it as great as you can without compromising or second guessing what you think people want to hear. That’s easier said than done, though.

Where can people go to find out more about The Victory?

NEWER POSTLocal history with Monica McGill: Saving St Cuthbert’s graveyard, church and moat from the yahoos
OLDER POSTSanta is on his merry way – to Ballyfermot