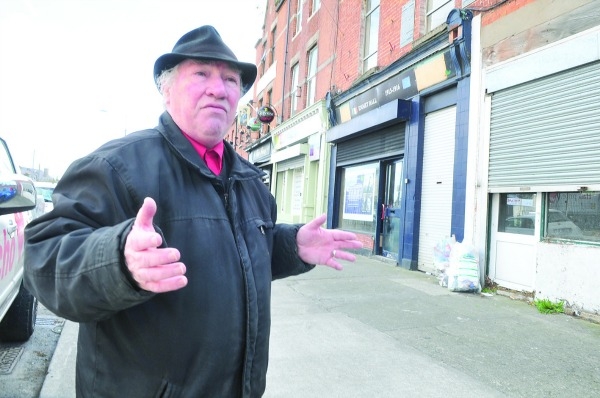 THE Family home of Michael Mallin at Emmet Road Inchicore, where he lived up until the day of his execution on May 8, 1916, will be open to the public for the month of May.

The Kilmainham and Inchicore Heritage Group will open the house where Mallin’s family lived until 1929, including the Commandant’s surviving son, Fr Joe Mallin, who is a Jesuit priest now living in Hong Kong at 102 years of age. Fr Mallin was just two years of age when his father was executed.

The guest speakers at the official opening on Wednesday, was Bryan Dobson of RTÉ News, who recently presented a documentary on the life Michael Mallin, and Una Ó Callanáin, grandaughter of Michael Mallin.

The house, which incorporated a trade union hall, was bought by Jim Larkin in February 1913 and played a significant part in both the 1913 Lockout and the 1916 Rising.

Members of both the Irish Citizen Army and the Irish Volunteers trained in the hall underneath the rooms where the Mallin family lived.

The important figures associated with the house included William Partridge, who fought in the College of Surgeons, and Con Colbert, who led the rebels in Marrowbone Lane and was subsequently executed.

The house was adjacent to the walls of Richmond Barracks and many of the soldiers who were sympathetic to the rebels often handed rifles over the wall, sometimes for cash.