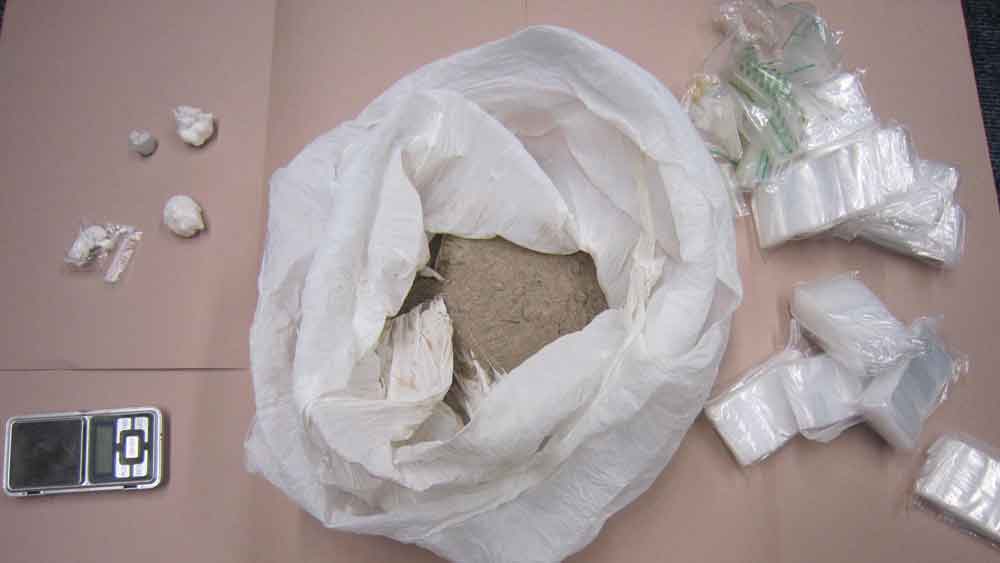 A photograph of the drugs seized during a search operation in Clondalkin on Wednesday night (Image: An Garda Siochana)

Man arrested after more than €140,000 worth of drugs seized

A MAN was arrested in relation to the seizure of €140,000 worth of diamorphine and €1,000 worth of crack cocaine during a search operation on Wednesday night.

The search operation was carried out as part of Operation Tara, an ‘enhanced national anti-drugs strategy’.

According to a Garda statement issued, gardai conducted a search at a residential property in Foxdene Gardens on Wednesday night, March 30.

A Garda spokesperson said: “During the course of the search, approximately €140,000 worth of diamorphine and €1,000 worth of crack cocaine was seized.

“All of the seized drugs will be sent to Forensic Science Ireland for analysis.

“A man in his 30s was arrested in relation to this incident and is currently detained under the provisions of Section 2 of the Criminal Justice Act (Drug Trafficking) 1996 at Ronanstown Garda station.

“He can be detained for up to seven days.