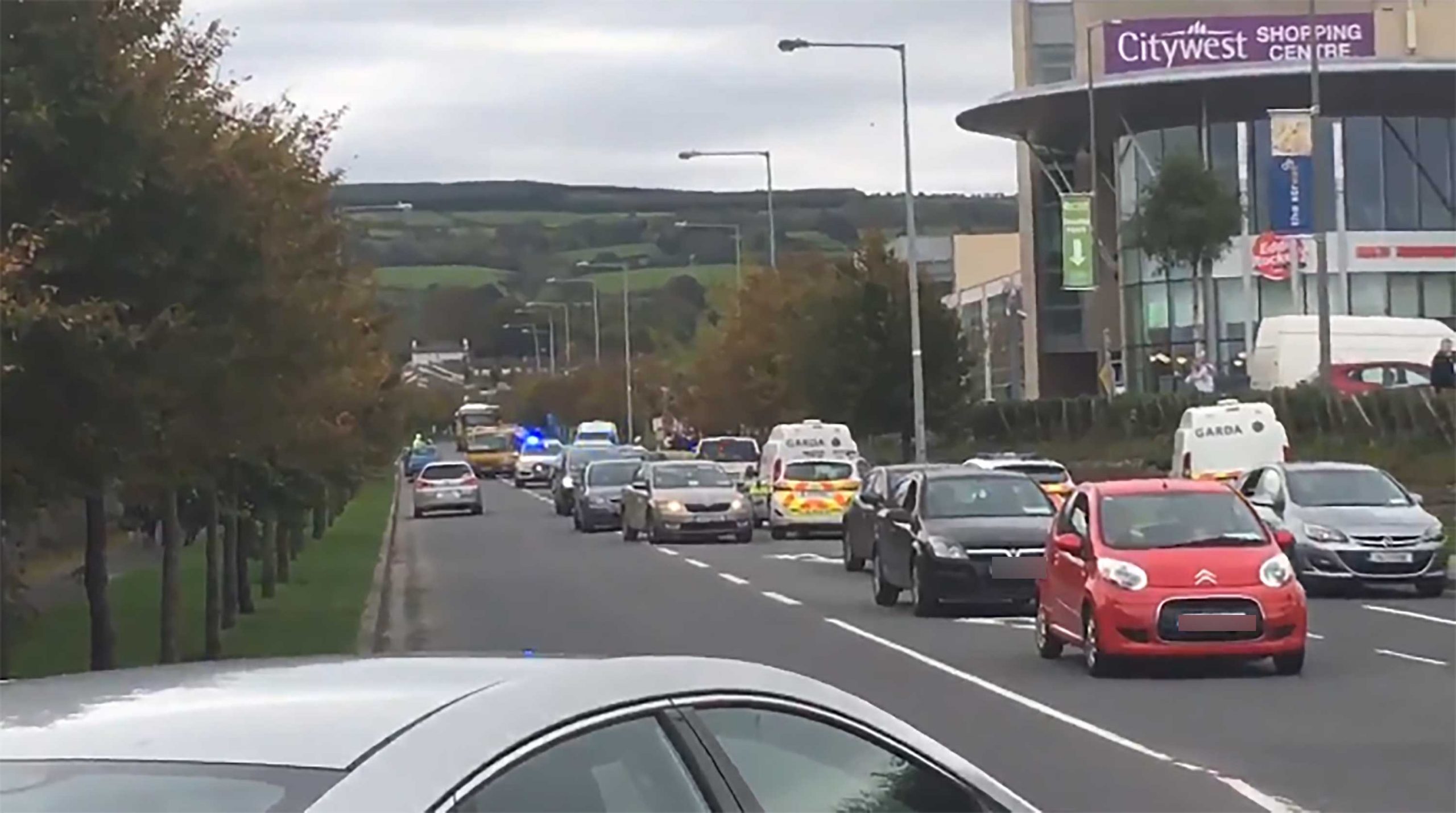 THE man at the centre of a major manhunt this morning has been arrested in Citywest this afternoon.

Since before 7am, Gardai had been pursuing a 37-year-old man, who was believed to be armed, through Tallaght – with searches also carried out in Clondalkin.

After a pursuit that lasted more than seven hours, armed units arrested the man at the Citywest Shopping Centre this afternoon.

At around 6:20am it is believed the man was involved in a domestic dispute with his partner at a house in the Brookview area of Tallaght.

Update from Tallaght incident from this morning. Man in his 30s arrested in Citywest. Thank you for your assistance

Reports suggest he then took his partner’s car and crashed it minutes later in Russell Square.

From there he hijacked another vehicle which he abandoned on Whitestown Way a short time later.

As the Garda search continued the man walked to the Watergate estate and smashed in the front door of a house before assaulting a man who lived there.

In a statement released this afternoon a Garda spokesperson said: “Gardai investigating a number of incidents in the Tallaght area this morning have arrested a male in his 30s.

“The male was arrested this afternoon in the Citywest area and is currently detained under the provisions of Section 30 of the Offences Against the State Act 1939 at Tallaght  Garda Station.

“A firearm (pending technical examination) has also been recovered by Gardai.