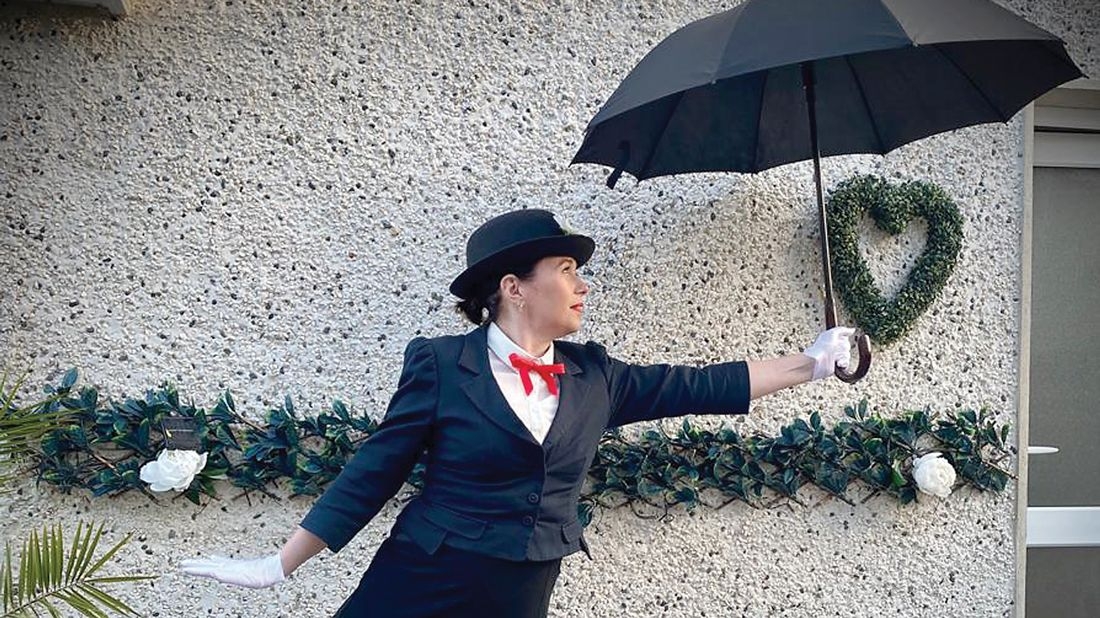 A Lucan singing teacher raised over €1,000 for Barretstown as a result of a live streamed, Mary Poppins-themed pop-up choir performance that she recently held on Facebook.

Lisa Price, of the Lisa Price Singing and Music School, held the Mary Poppins-themed performance as part of her online pop-up choir series, which came about after the lockdown measures meant she could no longer hold in-person choir rehearsals.

Lisa told The Echo: “About a year ago I set up ‘pop-up’ choirs in Lucan, which were non-committal and were all about having fun while singing.

“The pop-up choirs were going really well, and because of that there were a number of retirees who invited me to run the choir for the Esker Active Retirement Association.

“Pre-Covid, everything was flying, but then from March 18 I started teaching my one-to-one students online, but I knew there was no way I could hold the pop-up choirs anytime soon.

“So, I decided I’d have a pop-up choir on Facebook instead, where we’ve done things like the Beatles, Abba, and the Mary Poppins one, which was called ‘Let’s Go Fly a Kite for Barretstown’.”

The online pop-up choirs, which featured Lisa leading singers and viewers in song for approximately 30 minutes each Sunday for 13 weeks, were a hit – leading her to hold the Mary Poppins performance in aid of Barretstown, and she raised €1,200 for the charity in the process.

Lisa’s pop-up choirs also attracted the attention of RTÉ, and the singing teacher was interviewed on ‘Today with Maura and Daithí’ and ‘The Ryan Tubridy Show’.

“I do a lot of singing and dancing during the pop-up choir shows,” explained Lisa. “And the response has been unbelievable.

“People are really crying out for culture, entertainment, theatre and song because of how everything is at the moment, and people are turning to social media to fill that void.”

Lisa stopped holding her online pop-up choir a fortnight ago, after spending 13 consecutive Sundays hosting, but after receiving many messages from people saying they miss the online pop-up choir, the talented singer said there may be potential for a one-off return in the near future.

Outside of her work on the online pop-up choir, Lisa is the choir director of the Coombe Women’s Hospital Staff Choir, and on a weekly basis has been holding socially distanced rehearsals in the hospital’s carpark.

“The Coombe choir is all healthcare workers who are working during the pandemic, and so I came up with the concept of the choir rehearsing outside while socially distancing,” she said.

“About a month ago, we were all singing together in the sunshine while social distancing, and the staff had all the words to the songs and were dotted around the carpark.”