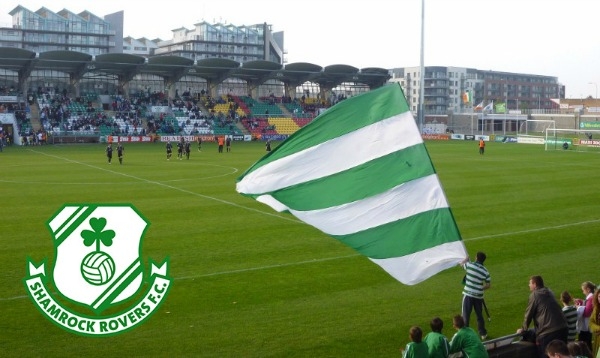 Shamrock Rovers brought their pre-season to a close this afternoon when they welcomed Cliftonville to Tallaght Stadium – beating them 1-0 thanks to a late Simon Madden goal.

After what was a tentative start to the tie from both teams, Rovers found some rhythm after 10 minutes and forced Jason Mooney into three smart saves in quick succession.

The first came when Tomer Chencinski set new signing Graham Burke on his way, and he teed up Darren Meenan who saw his strike saved at the near post.

Two minutes later Burke then had a low shot from distance pushed around the post, while Shane Hanney stung the goalkeeper’s hands with an effort from the resulting corner-kick.

The Hoops lined up with what looked to be a 4-2-3-1 formation – with Aaron Dobbs leading the line ahead of Miele, Meenan and Burke.

That trio proved to be productive as the opening half unfolded, and both Miele and Burke had further efforts on goal before the half hour mark.

Webster had one of the best chances of the half in the final seconds before the break when he headed goalwards from Finn’s cross, but the ball was blocked.

At the interval Stephen Bradley made eight changes, and one of those, Michael O’Connor, went close when he latched onto a pass before guiding his shot just past the far post.

Both Sean Boyd and James Doona were also introduced, and with fierce competition for attacking places up front for the Hoops, both were busy early in the second half.

Burke continued his battle with Mooney in the Cliftonville goal, forcing the net-minder into two separate saves, while O’Connor provided Boyd with a great chance to open the scoring, but he blasted his shot into the side netting.

The half-time changes for the home side certainly injected some extra urgency into their attack as the visitors struggled to get out of their own half, but with an hour played it remained 0-0.

Dundalk boss Stephen Kenny was in the stands to watch the game, with his team welcoming the Hoops to Oriel Park on Friday night, and he watched his former midfield maestro, Ronan Finn rack up 70 minutes before he was withdrawn, most likely with one eye on that upcoming game.

Cliftonville, coming off the back of a 1-1 draw against Glentoran on Friday night, never really looked like posing any threat, but they battled well and remained compact, forcing Rovers to switch the play to the flanks time and again.

And it was from that wide position that Simon Madden netted the winner in injury-time when he played a neat one-two before firing low under Mooney.