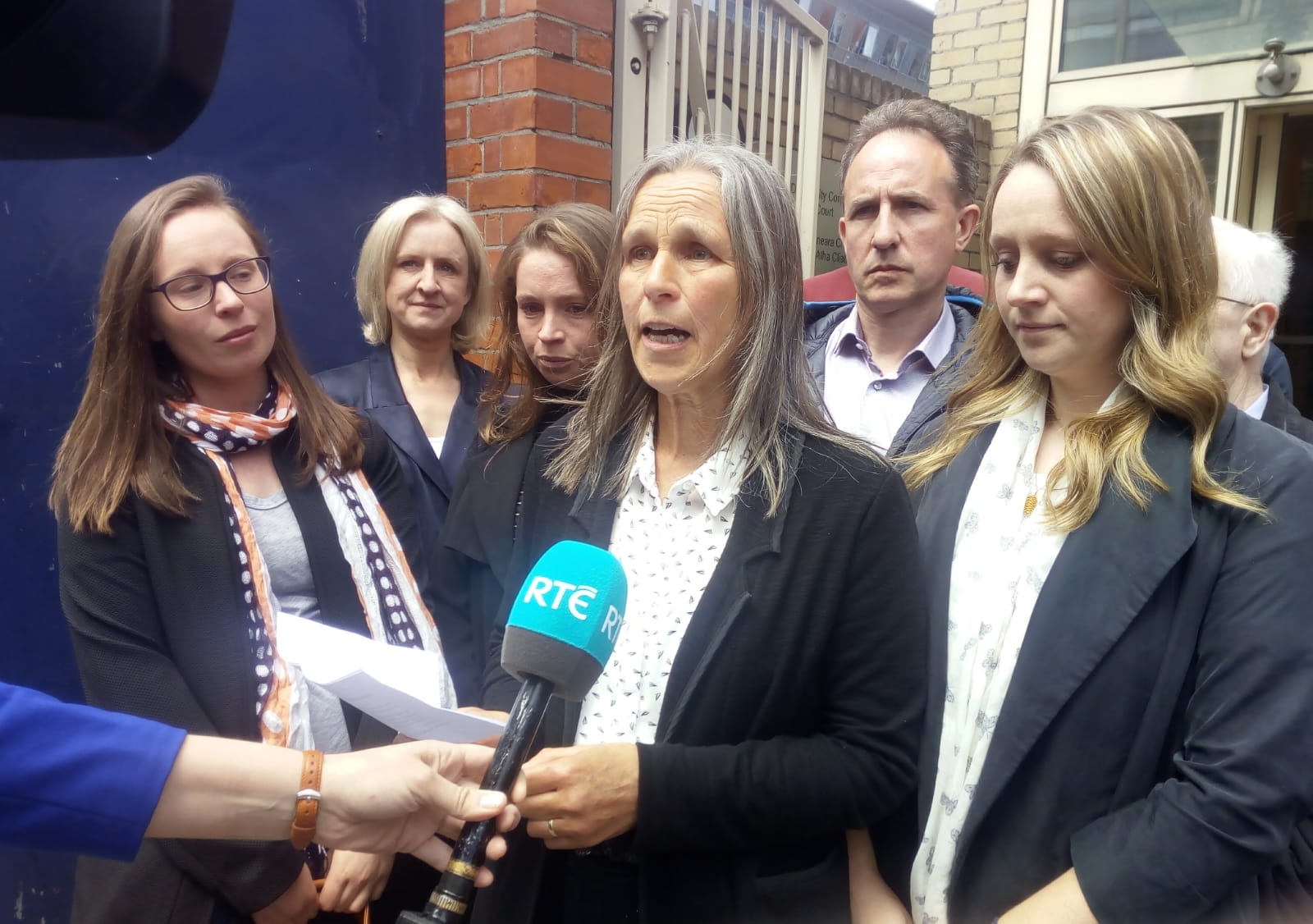 The family of a man killed while out walking his dogs in a Dublin forest have issued an appeal for information. The body of Michael McCoy (63) was found with blunt force trauma injuries on a track at Blackhill Forest in the Dublin Mountains on the morning of September 30, 2016.

His wife Catriona McCoy and their daughters Rachel, Suzanne and Sarah issued an appeal for any information that could help bring the family closure.

“We all miss him very much,” Mrs McCoy said.

Speaking after an inquest into his death at Dublin Coroner’s Court, his daughter Rachel said,

“This is a heartbreaking day for the whole family, we just really need answers at this stage, so we appeal to the public to come forward.”

In a statement, the family said they were still ‘holding onto hope’ that someone might come forward.

“It has been nearly three years since Michael was taken from us and we are still left with many unanswered questions.

“We are still holding onto the hope that somebody will come forward to bring us some closure,” they said.

Mr McCoy was a builder by trade with an interest in history, local politics and planning issues, his wife said. He had recently obtained a degree in History from Trinity College.

“He was a fine person, very passionate and caring. He had lots of interests, in history, local issues, planning, the place we had, his animals and his family,” Mrs McCoy told the inquest.

He was last seen alive at 6.40am in the family home in Ballinascorney Upper, Brittas, Co Dublin on September 29, 2016 by his wife and daughter Suzanne before they went to work.

He usually walked his two dogs, Sophie and Fia in the Blackhill Forest, a ten-minute drive away, between 7.30am and 8am, the inquest heard. His family grew concerned after returning from work to find the chickens had not been let out of the coop. They alerted Gardai after conducting their own initial search of the woods.

Mountain rescue volunteer Brendan Beirne located the man’s body on a forest track at 5.30am. “The dog was at the feet of its owner. I could tell the dog was in a distressed state. The man was lying on his back with his hands on his chest,” he said.

Death was pronounced at the scene at 7.49am. Closer inspection of the man’s injuries, initially thought to have been the result of a fall, prompted a full forensic post-mortem.

Detective Inspector John Walshe said a file was submitted to the Director of Public Prosecutions, but there was insufficient evidence to bring charges. The investigation remains open. The jury returned a verdict of unlawful killing by person or persons unknown. Coroner Dr Myra Cullinane sympathised with the family.

“It’s been so very hard for you – he was a highly respected man in the areas he had an interest,” the coroner said.

Anyone with information is asked to contact Tallaght Garda Station.