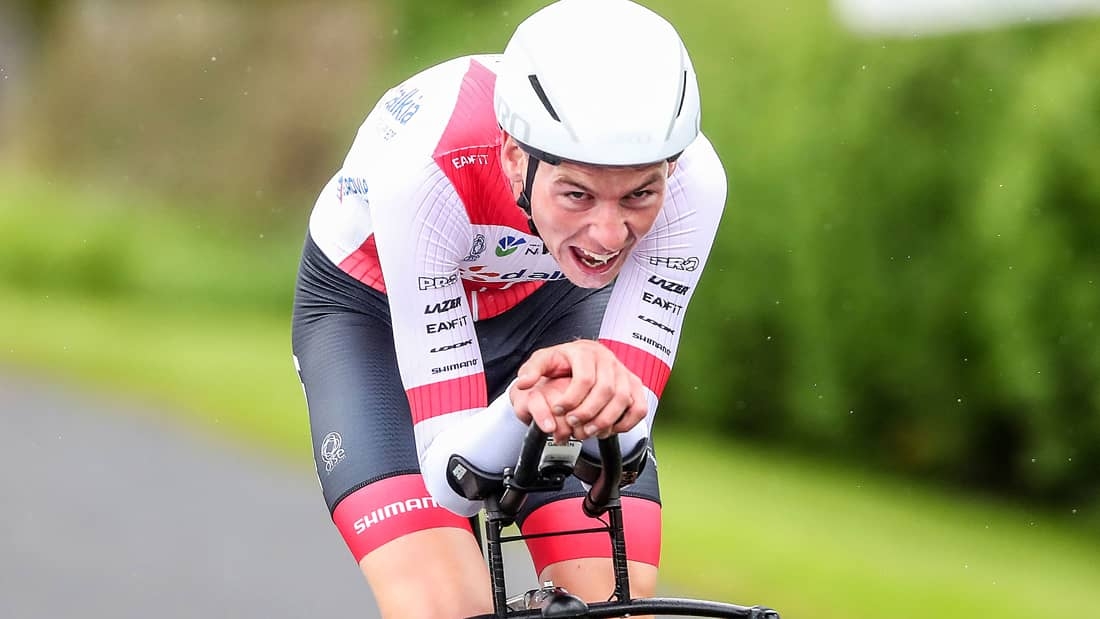 The Lucan Cycling Road Club member clinched the prize by just two seconds as he came home in a time of 26.29 ahead of former National TT champion Nicholas Roche in 26.31’ with Lindsay Watson of Powerhouse Sport securing the bronze in 26.51.

McDunphy, who races in France with CC Nogent/Oise, was delighted with his win, saying “I’m in shock to be honest.

“To be one of Ireland’s best ever cyclists is never an easy feat. Nico has won so many things so I am just so happy with the ride.

“I felt I was on a good day. I wasn’t sure what to expect initially when I came home from France and was in quarantine for 14 days.

“I haven’t raced in 20 days, but when I was warming up on the road I felt good and I got five kilometres in and, I know this sounds cheesy, but I just smiled because I knew it was a good day.

“On the way back it was really hard and I suffered a lot, but I managed to get it all out.”

He added: “I think changing to my new coach Tommy Evans has been one of the best, decisions I made.

“My training compared to lots of other people is actually really easy, but it works. Doing simple things right.

“I had the power on the screen, but I was just looking at speed. On the way back I knew I needed to keep the power over 450 watts in the last kilometre as it was up hill. It worked as I did my best ever power.

“In last year’s time Trial I suffered a Grade Two tear in my glute in and I’ve been working to get that right, although it hasn’t been completely right.

“So this is something I’ve been pretty much targeting for the last two months and it was just great to win it. I was in shock when I saw the result sheet” he added.

McDunphy is now due to head back to France on Friday to race with CC Nogent/Oise in a major event in the south of the country in what could mark the end to his season there.