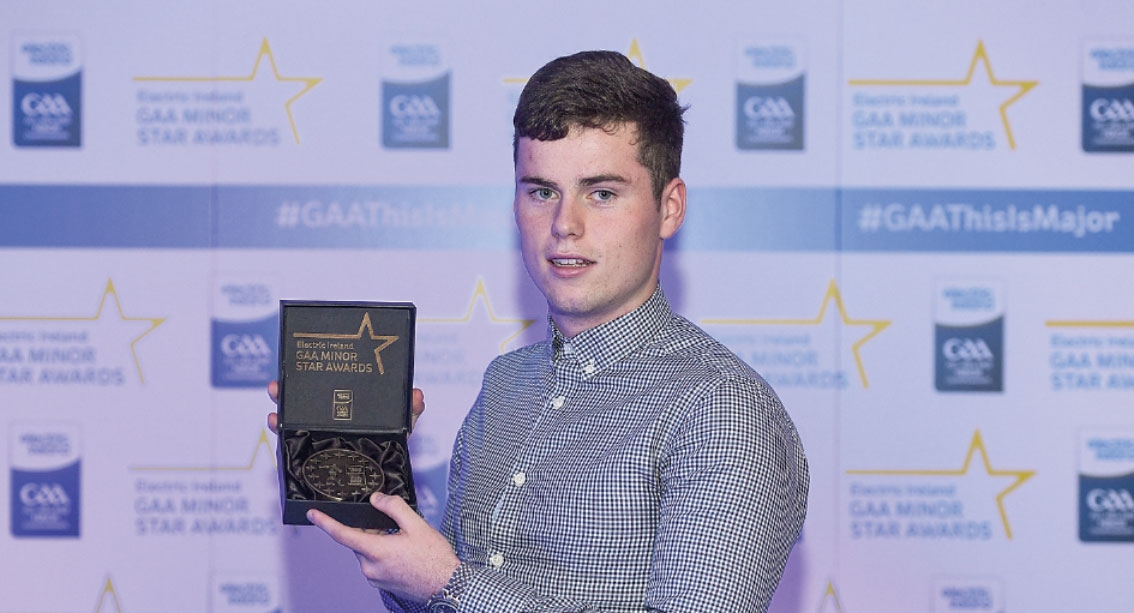 McGarry named in Team of The Year

BALLYBODEN St Endas and Dublin minor footballer Ross McGarry, was awarded a Minor Star Award, and was named on the Electric Ireland Minor Football Team of the Year.

Winning a Minor All-Star is due recognition for the marvellous season McGarry has enjoyed, having starred in the Dublin Minor team that captured the Leinster Minor Football Champion-ship title.

McGarry was superb this season in the half forward line for the Dubs and played a big role in the capital claiming the provincial crown.

Aogán Ó Fearghail, President, GAA, said; “It’s fantastic to see all these players, managers and families together in one room to celebrate this year’s Minor Championship.

“For the GAA it’s rewarding to see so many proud people here supporting the Football and Hurling Teams of the Year because without that support these players would not be able to reach their potential.”

NEWER POSTStroke support group seek more financial investment
OLDER POSTKatherine Zappone: “It was a love affair from the moment we met each other”