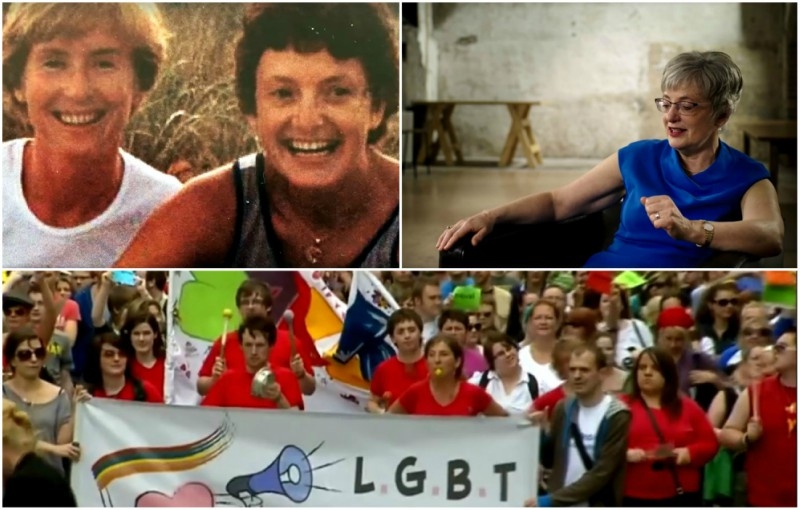 Katherine Zappone: “It was a love affair from the moment we met each other”

Katherine Zappone will feature on TV3 this evening to discuss the story behind the marriage equality referendum and her relationship with the late Ann Louise Gilligan.

Together, the couple founded Jobstown-based community education group An Cosán in 1986. Ms Gilligan passed away on June 15th of this year.

The Minister for Children and Youth Affairs and local TD for Dublin South West will appear on the Six O’Clock Show to take questions from the public and discuss her part in Coco Television's documentary, The 34th.

The 34th premiered this summer at the GAZE International LGBT Film Festival in Dublin. It tells the story of the force behind the Yes side in the 2015 Marriage Equality Referendum.

In a moving clip from the documentary, Minister Zappone describes meeting her late wife Ann Louise Gilligan while studying at Boston College in Dublin.

She said: “It was a love affair from the moment we met each other, both of us still recall so vividly. There was a room in Boston College…there she was.”

Minister Zappone continued: “That was in September and by November 10th we had made a decision to live with each other for the rest of our lives.

“But when we looked for our recognition the state said no.”

The 34th also looks at the other side of the debate. The documentary features clips of interviews with No campaigners including prominent campaigner Breda O’Brien who argued that same-sex marriage would not be in the interest of children.

In an emotional interview, Minister Zappone sums up the motivation behind the campaign. She said: “[We said] let’s just bring people together – friends, and colleagues and change makers who we knew would be in this – with the one single objective which was to achieve marriage equality.”

However, she also describes the difficulties of taking part in a social movement. She said: “Life and searching for change and the struggle, it moves between great joy and happiness and suffering.”

Ahead of her interview on the Six O’Clock Show this evening, viewers are being asked to put forward questions to Minister Zappone on Facebook HERE.