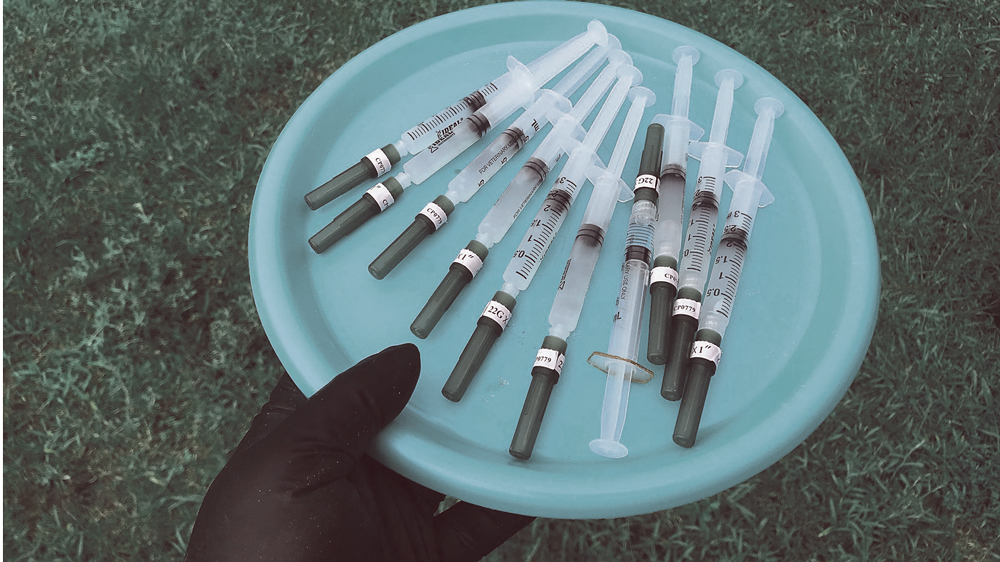 A PROPOSAL for a medically-supervised injection facility for intravenous drug users in the county will be discussed by South Dublin County councillors.

A motion calling on South Dublin County Council to engage with the Tallaght and Clondalkin Drugs and Alcohol Task Forces, the HSE Addiction Services and community drug treatment projects to explore setting up an injection facility has been submitted by Independent councillor Mick Duff.

The motion will be discussed at next month’s council meeting, and Cllr Duff, who works as a drug project manager in Tymon, said the presence of a facility could reduce the level of drug deaths in the area.

As previously reported in The Echo, the death rate from drug use in Ireland is higher than suicides and road traffic collisions combined.

Cllr Duff told The Echo: “We need a facility where people can use safely on the premises.

“In my work, and in the work of community drug treatment projects, we come across a huge number of overdoses, and many of them are fatal.

“We’ve seen overdoses in very sad circumstances, like on the floor of a pub toilet, or at the back of the pipes on James’ Street.

“It’s a horrible experience for their loved ones, and the people who work with them.”

Other harm reduction measures, such as needle exchanges and information on how to safely inject, are already in place in the area, but Cllr Duff said an injection facility would “square the circle” for these measures and are a necessary part of “a responsible society”.

“We need to have this discussion and say that a responsible society and local authority looks at inclusion as part of its policy,” he explained.

“We need to look at all aspects of society and those that need us most, and we have a huge number of people with drug addiction in the county.”

While there are no medically-supervised injection centres in Ireland, these facilities are available in Australia – where Cllr Duff visited one of the centres – and Canada.

In Vancouver, a medically-supervised injection clinic led to a 35 per cent reduction in fatal overdoses in surrounding areas, an increase in people receiving addiction treatment, and a decrease in drug-related public order issues.

However, facilities of this nature can be a point of concern among communities.

In the inner city, Merchant’s Quay previously received planning permission for an injection centre at their premises in the Liberties.

This decision was overturned last July, after a local primary school challenged An Bord Pleanála’s decision to grant permission, as they had concerns about the facility being in close proximity to the school.

“We need a debate, and obviously there’s a lot of interest in this because of what happened with Merchant’s Quay,” said Cllr Duff.

“Every community has a right to object, but I’ve seen these clinics in operation in Australia, and they work well and are no threat to the community.

“But I’m not going to impose this on anyone. If it happens, it will go in by consent and it will be managed carefully.

“People have a right to object, but I hope they’ll look at it sensitively.”

Cllr Duff’s motion will be debated by councillors and if carried, the local authority can then explore options for the potential development of an injection facility in the county.

If successful, Cllr Duff said the facility would likely be located in either Tallaght or Clondalkin as that’s where the local drugs task forces are based, but the plans would have to go through the planning process first.