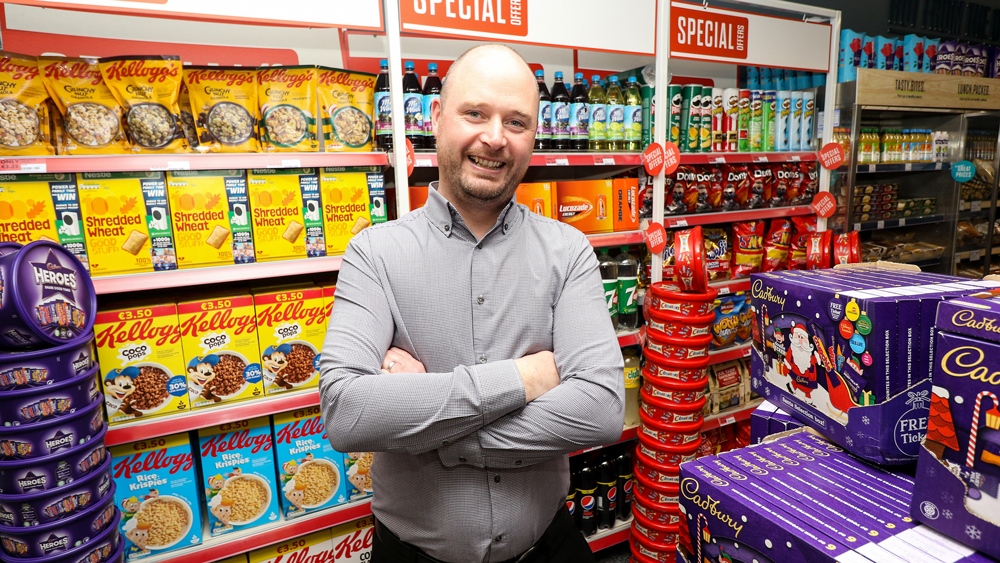 “Everyday is different and that is one of the joys about it”, says Peter Dunne, who has been managing Jordan’s Centra in Springfield for the last two years.

A Fettercairn native, Peter has worked in retail for a total of 17 years, with 16 of them spent working in a managerial position. Starting off as a sales assistant and working his way up through the ranks, Peter has been working as a manager for Jordan’s for the past six years and has been managing the busy store in Springfield for the last two.

“I love working in the community and serving customers on a daily basis”, Peter, who is a past pupil of St Aidan’s Community School in Brookfield, told The Echo.

“Building a team within the shop as well, that is one thing that I take pride in and seeing the progression of a team member and giving them confidence through the experience and knowledge that I know and passing that on to them.” 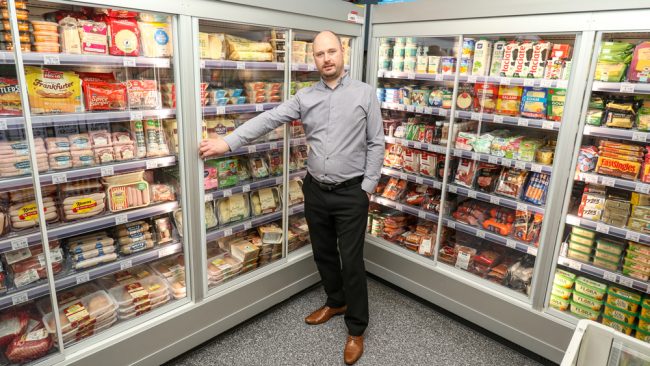 Throughout the pandemic, essential workers like Peter have played crucial roles in people’s lives, when so much has been uncertain and unpredictable they have made sure that people were looked after and had everything they needed.

“We are part of the community and I suppose when lockdown kicked off nearly two years ago, we were at the forefront of people’s lives”, he explained. “We accommodated for them, and we also had a WhatsApp service to make sure we got people’s groceries to them.

“Whatever they needed, we were here.”

Peter says that when the first lockdown hit in March 2020 and new restrictions were introduced, the team at Centra rallied together to ensure safety for the customers and themselves. 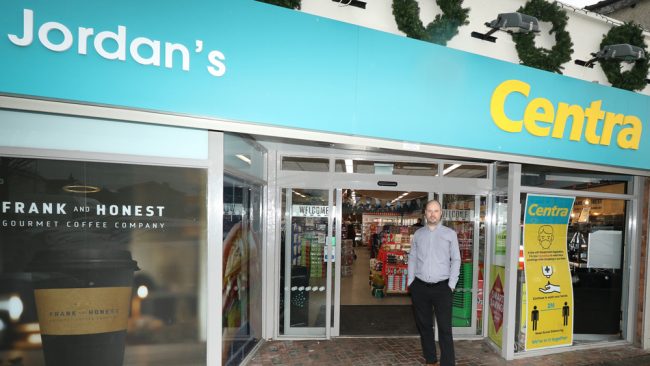 Peter Dunne, standing at the entrance at Jordan’s Centra in Springfield

“The team  and I had to adapt to the ‘new norm’ and the team that we have here adapted really well”, he explained.

“When masks and social distancing came in everyone had to get used to it and I have to say that the team were probably the biggest part of the success of the new norm and helping each other and the customers as well.”

Ahead of the Christmas holidays, Peter thanked his team at Centra as well as the customers who have supported them and says he looks forward to seeing them all in the new year.

“Thank you to the team for the last two years and I know it has been a challenging two years that we have had. Everyone rowed in where they needed to row in and there was a huge amount of support from everyone.

“Thanks to our customers – our regulars and the new faces, we would like to wish them a happy and safe Christmas and a prosperous new year.”