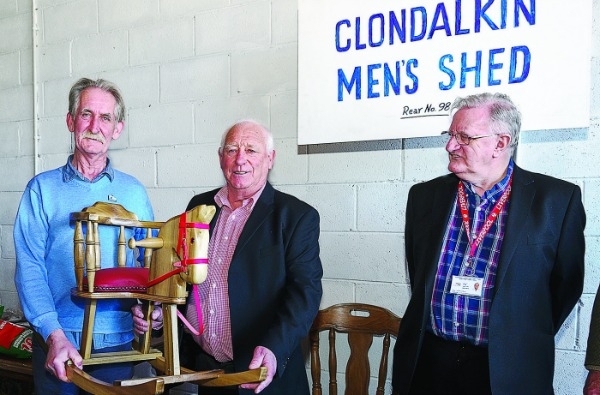 Men’s Shed available but where does it go in Clondalkin?

THE Irish Men’s Shed Association have offered to supply the Clondalkin chapter with a 40x12ft container as a permanent home – the only snag is where to put it.

In April, Clondalkin Men’s Shed opened in a homeowner’s garage at St Patrick’s Park, nearly two years after organisers first tried to source a location for the project.

South Dublin County Council are set to coordinate with the chapter and the Global Garden Group in Corkagh Park, to assess the possibility of locating the shed in the garden.

Cllr Timmons said: “The garden is in front of the allotments, and was set up as an inclusion of different nationalities. This would not only sort out the accommodation needs of Clondalkin Men’s Shed, but would provide opportunities for inclusion for both older and intercultural citizens.

“The Clondalkin Men’s shed would also participate in the upkeep of the garden.

“Men’s Sheds provide a valuable and vital space for men to meet and interact.

“The positive effect on mental health is huge and the Clondalkin Men’s Shed is also making 19 buddy benches for our buddy bench cause, so every primary school will have a buddy bench.”