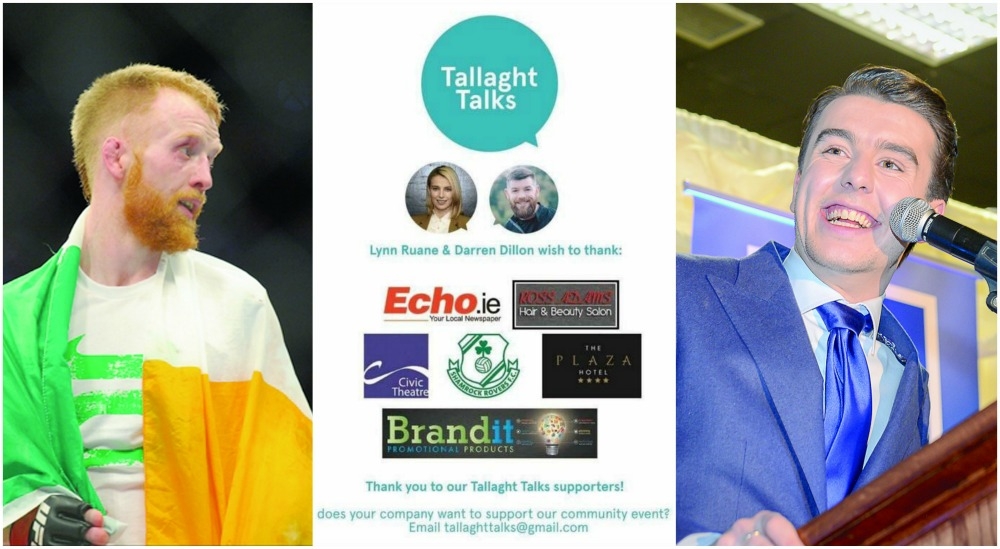 TALLAGHT is preparing to talk next Saturday, December 3, when a pro-active, grass-roots approach to mental health takes centre stage.

Called Tallaght Talks, the event has being organised from within the community after five people tragically lost their lives to suicide in September.

Spearheaded by Senator Lynn Ruane and Darren Dillion of Kickstart Fitness, the free event aims to promote awareness of the mental health services available to the community – alongside opening up dialogue locally on mental wellbeing and suicide.

The event will feature a number of local voices, including comedian Al Porter who will be chairing the first panel.

Karl Swan, originally from Tallaght, is the founder of SOAR Foundation, a not-for-profit organisation delivering workshops to young people, which focus on developing self-confidence. He will also be present on the day.

A former basketball player, Karl is a leader in Foróige and also, as a businessman, previously owned well-known retail outlets of Tribe and Quicksilver.

Also speaking on the day is Shane Gillen, the spokesperson for a Lust for Life – which is a movement for wellbeing.

A performer, writer and speaker, Shane has participated in many campaigns around mental health reform.

A number of services will also be present at the unique event, which is running in the Plaza Hotel on Saturday, December 3, from 10am to 4pm.

According to Senator Lynn Ruane: “Early intervention is absolutely vital for tackling most mental health issues that face Ireland’s communities.

“With a multitude of services and community voices championing these in Tallaght, it is hoped that the event highlights the importance of mental health.”