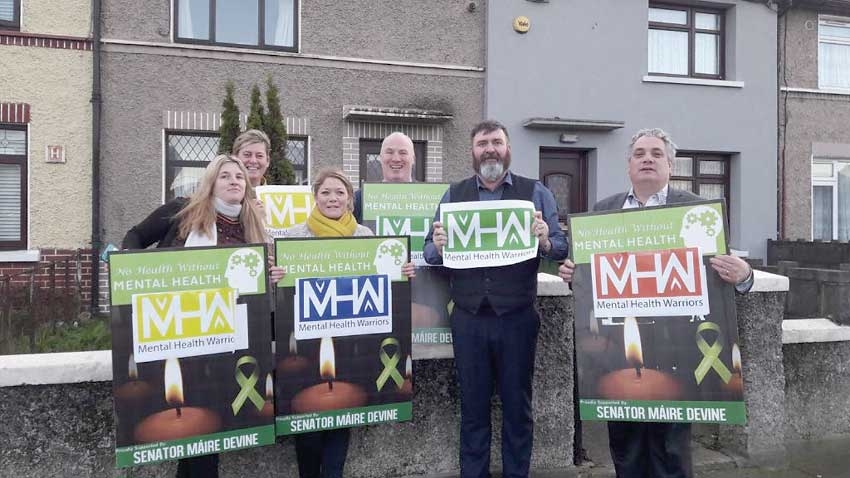 RESIDENTS in Ballyfermot took part in a march to City Hall along with the Liberties community today, Monday, December 4.

The mental health march is in aid of suicide prevention, recognised as a serious problem in both communities.

“After many suicides in my area I started a petition for an out-of-hours mental health service to be made available to offer crisis intervention for those feeling suicidal,” said Lisa.

Senator Máire Devine facilitated a meeting between Lisa Palmer and Fran Dempsey, from the Liberties, who is also fighting for suicide supports in his area.

“We decided a march was needed to deliver a joint petition to the Minister – I will personally attend on behalf of my children’s future,” said Lisa.

Senator Devine says community activists have come together under the banner ‘Mental Health Warrior.’ “This group no longer accepts the tragedies in our communities which is due in part by the lack of 24/7 out-of-hours services,” said Senator Devine.

“We will no longer accept the platitudes and crocodile tears of this government. Our aim is to stop suicide. We need the tools and political will to do this.”

The march began from St Patrick’s Cathedral Park at 5pm on Monday, December 4, to City Hall and featured posters of loved ones who have passed away.

“Lord Mayor Mícháel Mac Donncha supports this and will accept our petition which has thousands of signatures,” said Senator Devine.