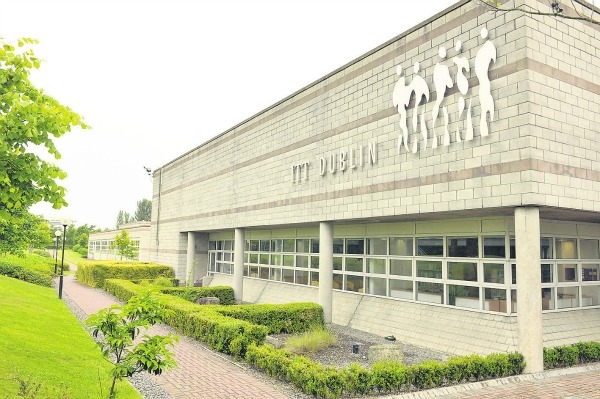 LEGISLATION being rushed through on Technological Universities has the potential to swallow up IT Tallaght and its pioneering courses which cater to the needs of those living in its catchment area, The Echo has been told.

Plans are underway to merge IT Tallaght, IT Blanchardstown and the Dublin Institute of Technology (DIT) into the country’s first Technological University, in a major reorganisation of the higher education sector which will see merged institutes share resources, expertise and progression opportunities across three campuses.

However, this week, lecturers from IT Tallaght, who have read the proposed Technological University legislation, have warned that IT Tallaght’s identity could be lost due to the merger, with claims being made that the Department of Education is trying to “rush through” legislation before the General Election.

Maths lecturer Martin Marjoram, who is also on the National Executive Committee of the Teachers’ Union of Ireland (TUI), told The Echo: “I was part of a delegation from TUI which met with Department of Education officials on Tuesday to view the legislation.

“As it stands, this legislation will be very damaging to smaller institutions, like Tallaght and Blanchardstown, and there isn’t any provision for a representative for IT Tallaght to sit on the governing board of the Technological University.
“This legislation leaves IT Tallaght open to a serious attack on the level of service it provides.

“There are no assurances that the college’s sense of identity will be kept or that the courses, many of which have been built by staff over the years and cater to local needs, won’t be stripped back.

“TUI is not against the concept of Technological Universities and we have engaged in discussion with local managers.

“We’re just very concerned that this legislation will not give IT Tallaght a chance, a future, and that will ultimately impact on the opportunities of those living in our catchment area.”

Mr Marjoram also stated that the legislation does not protect the staff’s terms and conditions or other entitlements, such as pension schemes.

“It’s a very sad prospect that after all of the hard work and energy put into growing IT Tallaght that everything could be lost due to this merger”, he said.

“This legislation needs work and smaller institute’s need to be recognised and given assurances.

“It’s also important to remember that this is the first Technological University in the country and it will set a precedent, therefore it’s vital that the Department does not try to rush unfit legislation through before the election.”

The Echo put a number of questions to the Department of Education but a response was not received in time for print.