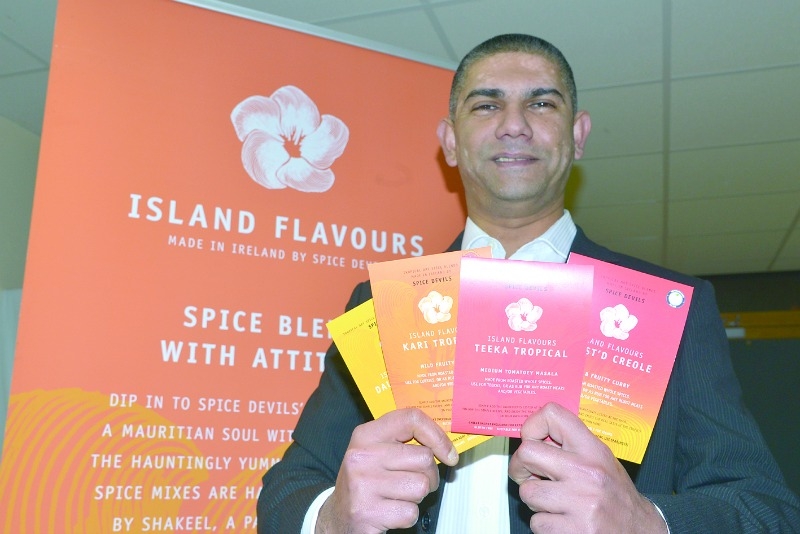 Loans range between €2,000 and €25,000, and approximately two-thirds of the approved loans through MI or Local Enterprise Offices (LEOs), went to start-ups.

Among the beneficiaries was Spice Devils, a Clondalkin company that sells 100 per cent natural hand-crafted, Mauritian spice blends.

Established on a part-time basis in 2013 by Shakeel Jeeroburkan, a former member of the Mauritian police force who moved to Ireland in 2009, Spice Devils is available in more than 30 Super Valu stores, and has won multiple artisan food awards.

Shakeel was working as an education support officer when he decided to follow his love of food and started in his kitchen before moving to farmers’ markets.

With help from both the LEO office in South Dublin and MI, he devoted himself full-time to the company and he has taken on a part-time person with plans to employ more staff this year.

Shakeel said: “I would not be where I am today without the financial and mentoring I received from MI and LEO South Dublin. I am looking forward to going from strength to strength this year.”

MI reduced its lending rate by 1 per cent in July 2016. Applicants who seek loans through the LEO can now borrow at a fixed interest rate of 6.8 per cent APR.

In partnership with the network of LEOs, MI also launched an expert mentoring assistance to its loan approved applicants in 2016.

Colm Ward, Head of LEO South Dublin, said: The new mentoring services we provide on behalf of MI to their approved applicants is an exciting service supporting businesses through their early stage growth.’’