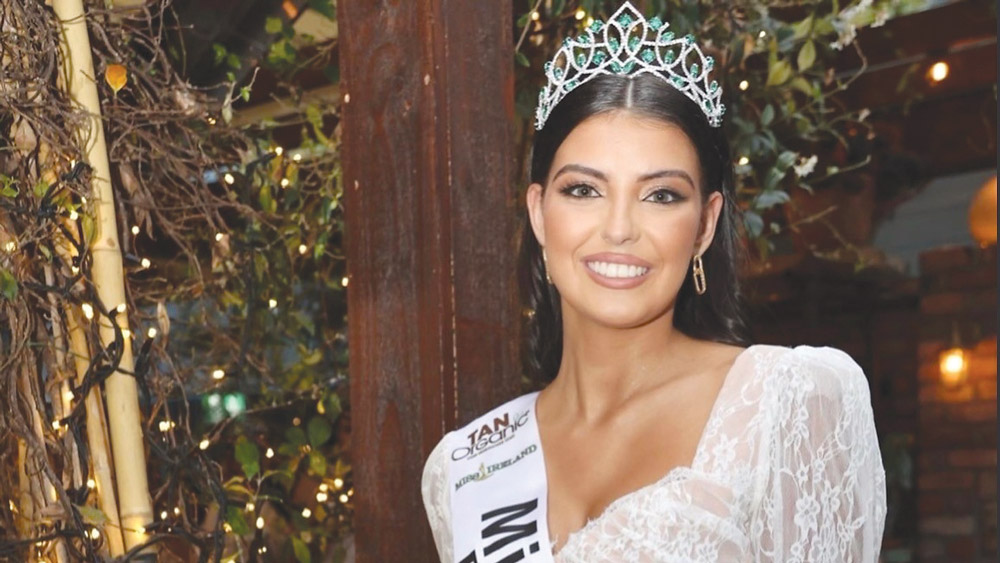 Katie O’Connor feels lucky to have some normality in life

TALLAGHT woman Katie O’Connor was recently crowned Miss Dublin 2022 and is now hoping to use her platform to raise awareness of a spinal condition called scoliosis.

The 18-year-old past pupil of St Mark’s Community School in Springfield is now in the running for the Miss Ireland 2022 title and is sharing her story of being diagnosed with scoliosis.

At age 11, Katie was diagnosed with an abnormal curvature of the spine called idiopathic scoliosis which typically appears in teens with no known cause.

When she was 14, Katie underwent a seven-hour spinal fusion surgery to correct two curves that had developed on her spine.

At the same time, the young woman balanced her burgeoning dancing career, training with Xquisite Dance in Walkinstown and going on to become an All-Ireland ballroom and Latin dance champion.

“I have always been a dancer since the age of three, so scoliosis affected my life, but I wasn’t going to let it ever stop me,” said Katie.

“After surgery I finally worked my way back and got to represent Ireland at the world championships yet again, in November 2021 in Armenia, as the number one couple in the country.

“I could not have achieved this without the support of my family and, of course, my dance family.”

Another recent achievement of Katie’s is beating off stiff competition to be crowned Miss Dublin 2022, and she’s hoping to use her new role to raise awareness of children with scoliosis.

In particular, Katie wants to raise awareness of children on waiting lists for surgery for scoliosis.

She’s backing Straight Ahead Ireland which is under the umbrella of The Children’s Medical and Research Foundation (CMRF) and all of their donations that help children with major orthopaedic problems.

“These children’s conditions are deteriorating while they wait to get spinal fusion surgery,” Katie added.

“This is why I fully support Straight Ahead Ireland with what they do, because it is so important and amazing.”

Katie also wants to show other people with the condition that they can still go on to achieve their dreams, as the young woman will compete in the Miss Ireland pageant on August 20.

“I was very lucky,” said Katie. “Had I not got my diagnosis early, and been lucky enough to have had surgery quickly, I don’t know what way life would be like for me now.

“The goal is early diagnosis and treatment. If this is achieved every child can, like me, be lucky enough to have some normality in life and still follow their dreams.

“I want to help all scoliosis patients to get a fair chance to follow their dreams and to preach that their diagnosis doesn’t stop them.”