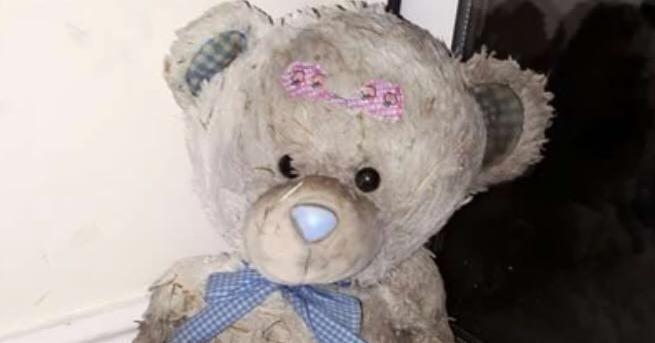 Missing teddy bear looking to be reunited with owner

Yesterday a missing teddy was discovered in Ballycragh Park, beside The Park Community Centre.

The unnamed teddy bear is described as having dark-black eyes, a light blue nose, wearing a blue ribbon around its neck and what looks like a pink clip in its hair.

Currently, the teddy is being well-looked after by a local lady but is hoping to be reunited with its owners before the weekend.

It was initially found by the duck pond at The Park Community Centre and it’s suspected that the teddy was left behind by accident after its owners were feeding the local ducks bread.

If you have any information that can help return the teddy to its owner, get in touch with the Tallaght Community Council Facebook page here.