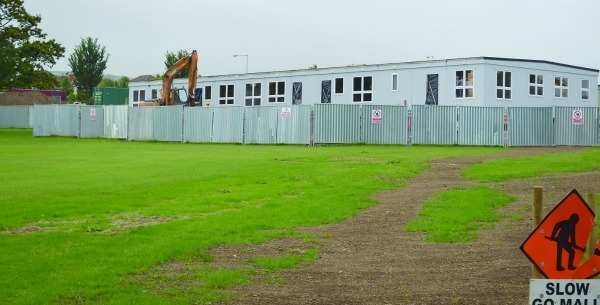 Mixed support as planning for two school buildings are delayed

PLANS to develop two permanent school buildings in Firhouse for Gaelscoil na Giúise and Firhouse Educate Together have been delayed due to a request for additional information from South Dublin County Council.

The request for additional information relates to access arrangements for Firhouse Football Club to the playing pitches located to the east of the site and traffic management pertaining to access to the site with an evaluation of a separate inbound access further east along Ballycullen Drive.

Revised layout plans have also been requested to reroute the location of paths and revised landscape plans are also requested to address concerns with boundaries and the types of trees that are being proposed for the site.

Concerns have also been raised by the National Transport Authority about the proposed Mobility Management Plan and the applicant is requested to consult with the Environmental Health Officer from the HSE.

The proposed development has been met with a number of objections, with Fine Gael cllr Colm Brophy, Fianna Fail cllr Paul Foley and Renua cllr Ronan McMahon objecting to the application.

Objections were also submitted by the Firhouse, Ballycullen and Rathfarnham Group of Residents Associations, residents of Carriglea Rise, residents of Woodlawn Park Grove and the chairman of Firhouse Carmel FC.

It was also met with a number of submissions of support including the Gaelscoil na Giúise board of management and parents association and Independent cllr Dermot Looney.

Unsolicited further information was submitted on the application and set out the rationale for the proposed development and included phasing maps.