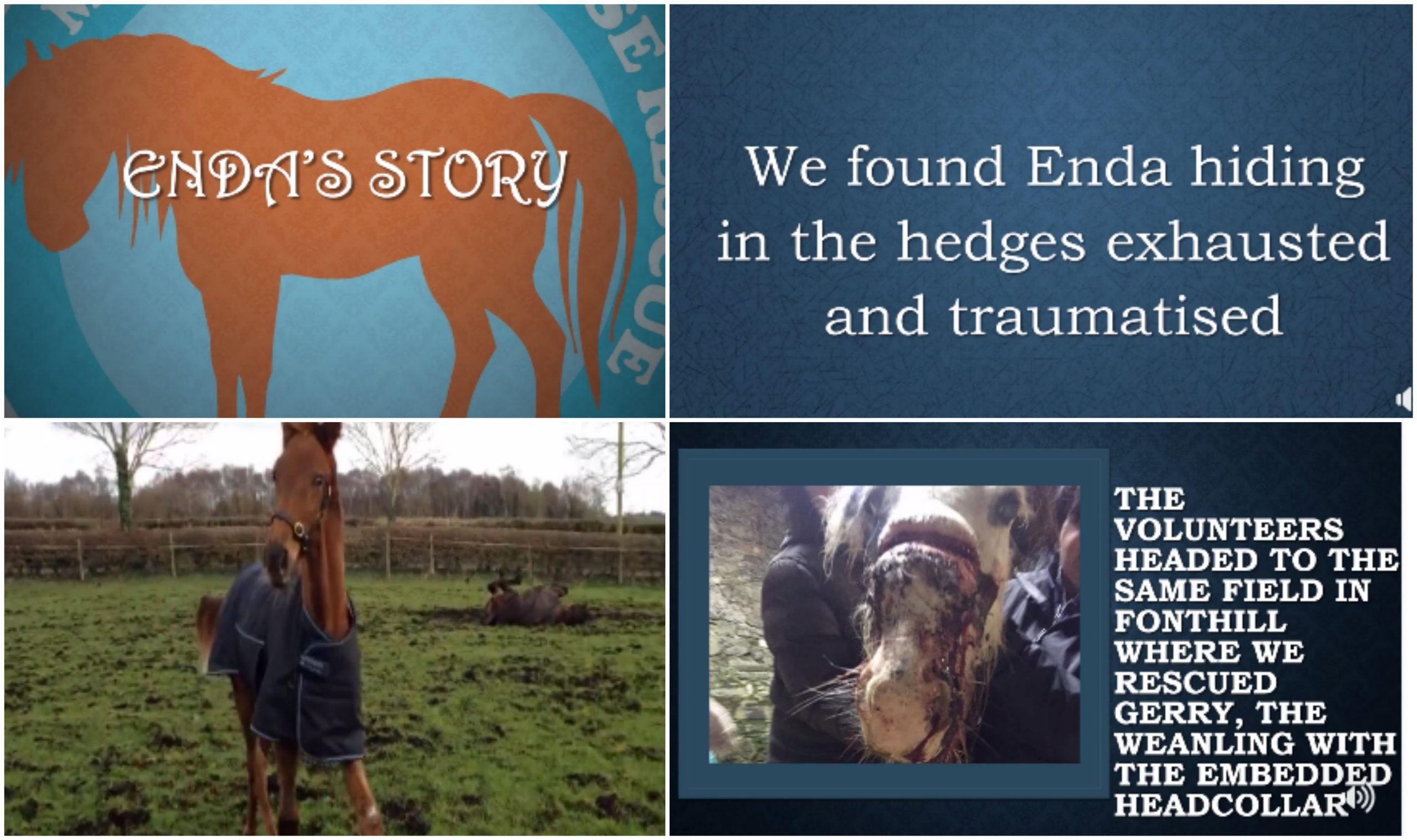 My Lovely Horse Rescue (MLHR) have shared a tear-jerking story of a young foal who was rescued from the notorious ‘killing fields’ in Clondalkin.

Echo.ie reported on the rescue in Fonthill in October when a male horse was found with severe cuts and a gaping wound on his leg.

The cut was badly infected, and he also had injuries to his shoulder. On the same day a number of other horses were found in the area – with some having to be put to sleep due their injuries

The young foal, known as Enda, was found hiding in bushes, terrified and in serious pain.

He was taken away by MLHR and over the last nine months they have treated and cared for him.

The rescue workers spent time with him, tending to his injuries and getting him back to full health, and in a poignant video posted online they have shared his recovery.

Over the course of a couple of months he began to find strength in his legs, and then he was finally able to move freely.

Enda is now back to full strength, but the abuse and neglect of horses in the Fonthill area continues.

You can donate to MLHR HERE to help them continue the amazing work they do throughout local communities.