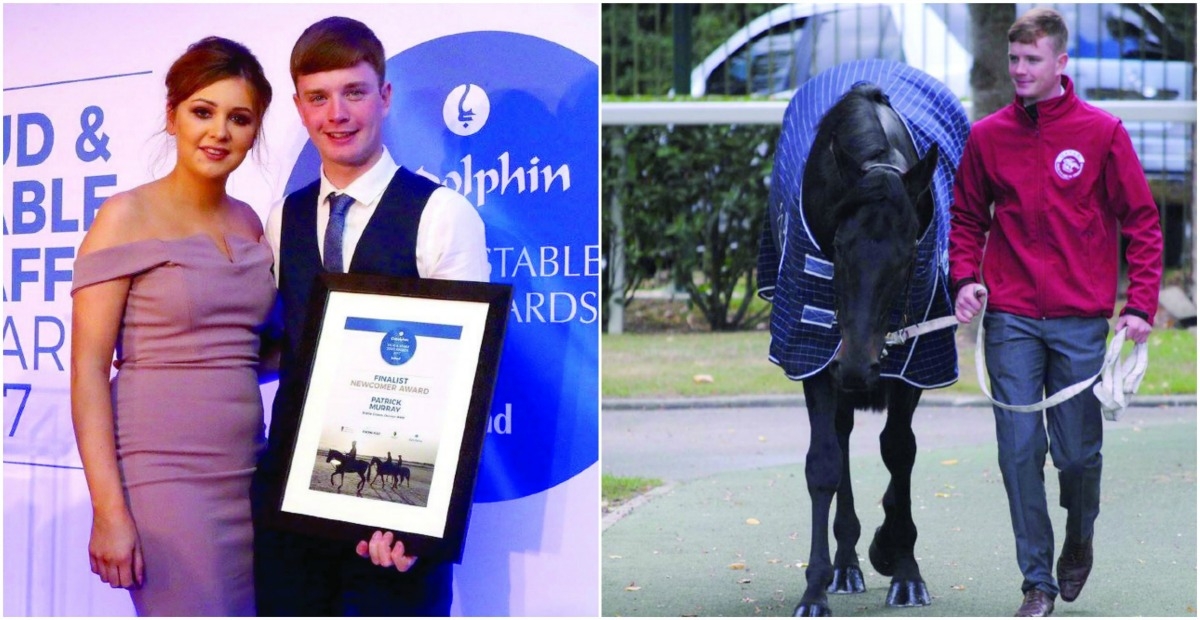 Patrick picks up prize at Stud and Stable Awards

A YOUNG man from Clondalkin was runner-up for the Newcomer Award at the Godolphin Stud & Stable Staff Awards (GSSSA) recently.

The GSSSA highlight the invaluable work of horse breeding and racing staff, and are sponsored by the Godolphin creator, Sheikh Mohammed, Prime Minister of the United Arab Emirates.

Patrick Murray (20) has been working with horses for as long as he can remember, and has been a stable groom for four years.

Patrick was nominated by the director of RACE, Keith Rowe, as well as Jeff Byrne, who has been working at Dermot Weld’s stable for 26 years, and Martina Dunne.

Patrick said: “The nomination was a very big surprise, and it was amazing to be recognised for such a great achievement.

“It just shows no matter where you come from as long as you put your head down and work hard anything can happen.”

The GSSSA Newcomer Award looks for an individual who has been working in the thoroughbred racing and/or breeding sector for less than five years and who has shown commitment to and ambition for a career in the industry, including a desire to improve and progress skills and knowledge.

The awards ceremony was held at The Newpark Hotel in Kilkenny, and Patrick was one of 21 finalists, whittled down from more than 150 nominees for seven categories.