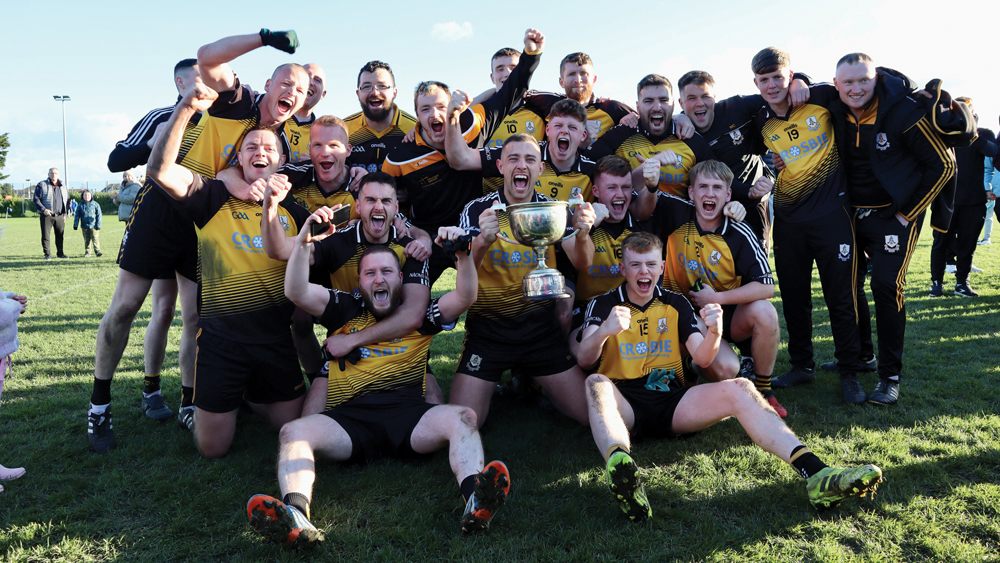 THE HEROICS of substitute Cian Moonan helped St Mark’s seize the Junior One Football Championship crown as they ran out 0-10 to 1-5 winners over Geraldine’s P Morans at O’Toole Park on Sunday.

Moonan was introduced late on and wasted no time in putting his stamp on proceedings, kicking the final two scores to nudge the Springfield side ahead for the first time in the game.

The victory tees St Mark’s up for an intriguing clash with Dutch outfit, Amsterdam GAC, in the first round of the Leinster Junior Club Football Championship at Parnell Park this Saturday.

It was the trojan work of Patrick Murphy who laid the foundations for Mark’s victory.

Deployed around the backline, he managed to always put himself in the right place to deny Geraldine’s the chance to break through while wreaking havoc with his runs forward.

Despite this, early in the game, it was the Cornelscourt outfit that enjoyed the most success having opened the scoring through a Craig Scollard 45. 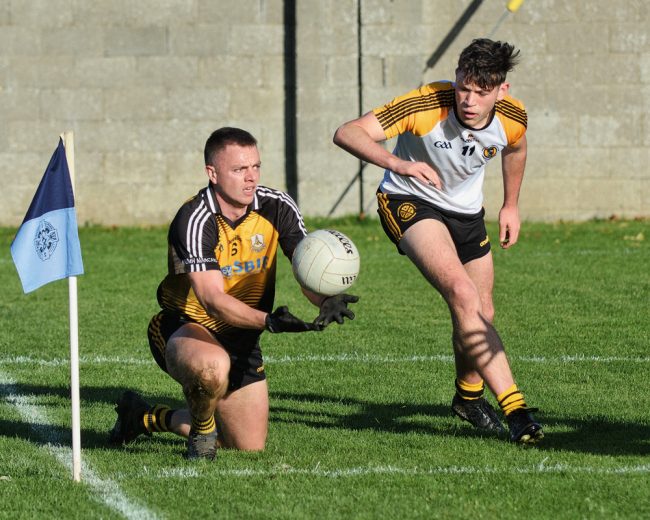 Joey Cannon gets his pass away as Liam Tyrrell closes in

After the restart, Donal McEnery sunk a second point for Moran’s before Mark’s corner-forward Jamie Phillips latched onto a ball in the corner, linked back around and swung his side’s opener between the posts.

Meanwhile, Jamie Blake Holmes got to work down the far end with his accuracy from frees chalking propelling Geraldine’s into a 0-4 to 0-2 half-time lead.

After the interval, St Mark’s started the quicker with midfielder Luke Doyle taking the initiative to burst forward and kick a classy score over from the right wing. 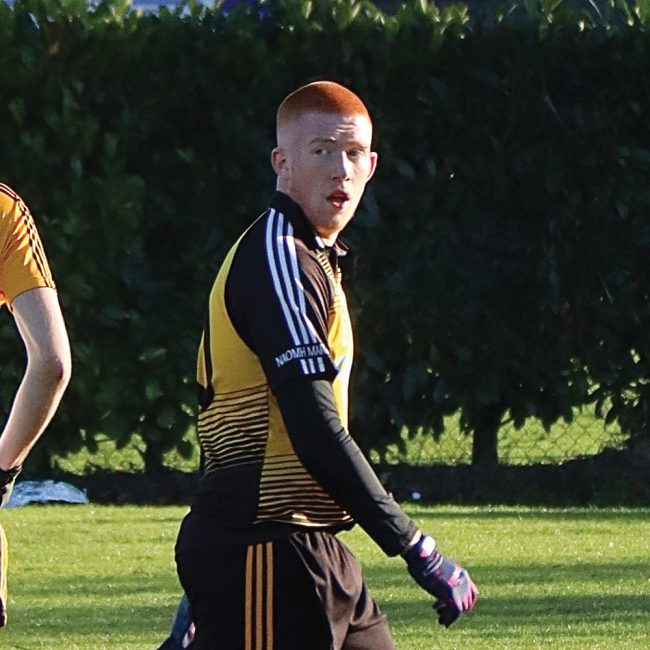 Having lost a lot of the contested kick-outs in the first-half, Mark’s man David Glynn also hit his stride after the break to field several high-balls.

Glynn’s quick thinking found David Kearns’ free about 30-metres out and he cut back inside to fire over and level proceedings.

However, the parity was short-lived, as the tricky Moran’s full-forward Donal McEnery rounded ‘keeper Martin Kavanagh to tap the ball into the net.

McEnery clipped a close-range free over the bar shortly after and all of a sudden there was four between the teams. 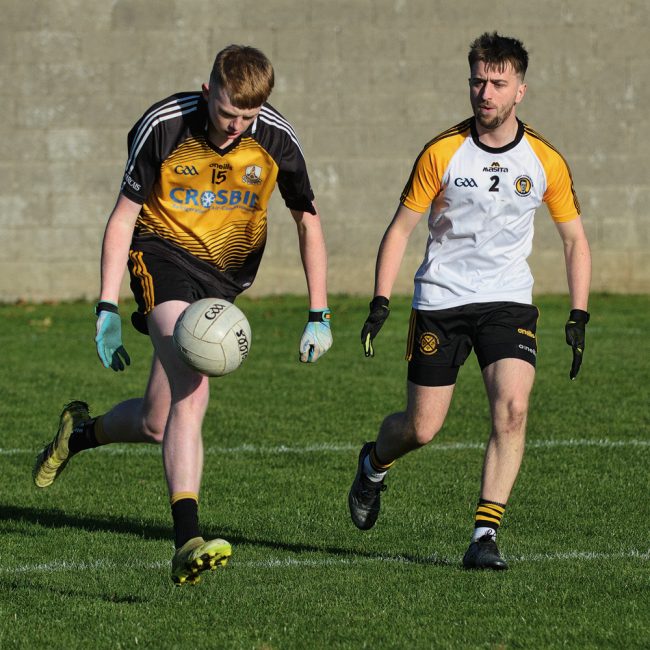 Jamie Phillips races into attack for St Mark’s during the Junior One Football Championship Final on Sunday. Photo by Paddy Barrett

After an exquisite Gary Kett point inspired his team going into the water break, the Black and Amber introduced Mark O’Meara and Cian Moonan into the forward line.

The half-back line started to run at a tired Geraldine’s in the final quarter, with Daniel McCann and Joey Cannon linking up with Mark O’Meara to all get on the scoresheet and again level the tie.

And with regulation time up, Moonan hit an enormous score from distance to edge Mark’s ahead for the first time.

Seconds later, he dummied past his marker before cleanly slicing a second point over off the outside of the boot to help ensure the win for his side.