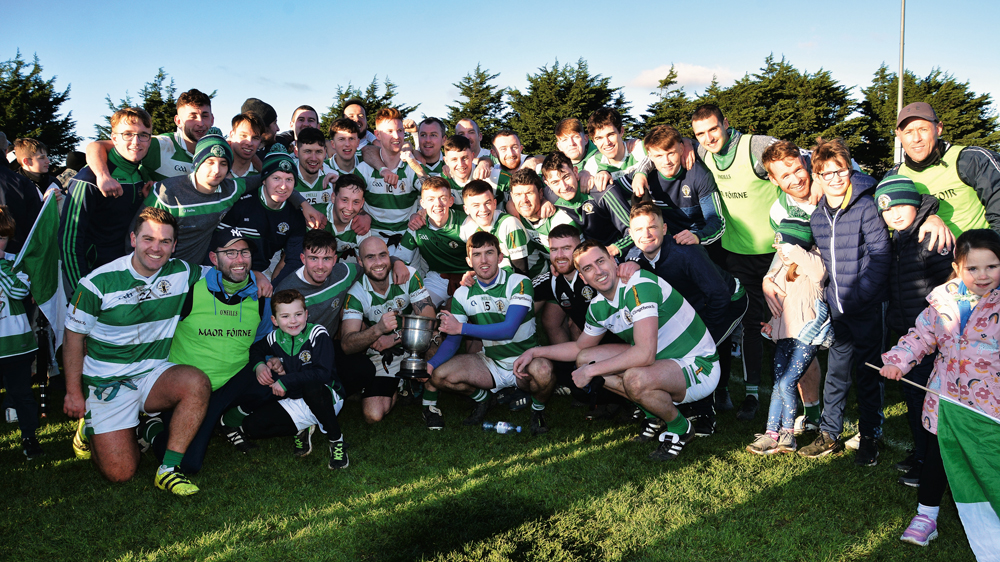 Round Tower players and supporters celebrate the team’s victory over Cuala in the Junior Two All-County Championship Final on Sunday. Photos by Paddy Barrett

APART from a slight wobble early in the second half, Round Tower always looked in command as they marched to a 0-10 to 1-4 victory over Cuala in the final of the Junior Two All-County Football Championship at Monastery Road on Sunday.

The hosts had raced into a four-point advantage by the halftime break, but a rapid-fire goal and point after the recess brought the Dalkey men right back into contention.

Yet, led by captain Dermot Milton, whose dead-ball proficiency proved hugely valuable to the Clondalkin men’s cause, Towers steadied the ship and saw out the match quite comfortably.

Milton helped get them up and running with a point from play while his next five scores came from frees.

The Towers defence was proving almost totally uncompromising, confining their opponents to a solitary point from Rory McMahon in the opening half.

Meanwhile Dave McCarty fired one over for Towers while corner forward Eoghan Halpin weighed in with three points in total.

But just as the more experienced Towers outfit threatened to race completely out of sight, Cuala hauled themselves right back when midfielder Rossa Ó Feidheanna fired home his first goal for the club.

That was quickly followed by a point from Ryan Kelly that left just the minimum between the sides. 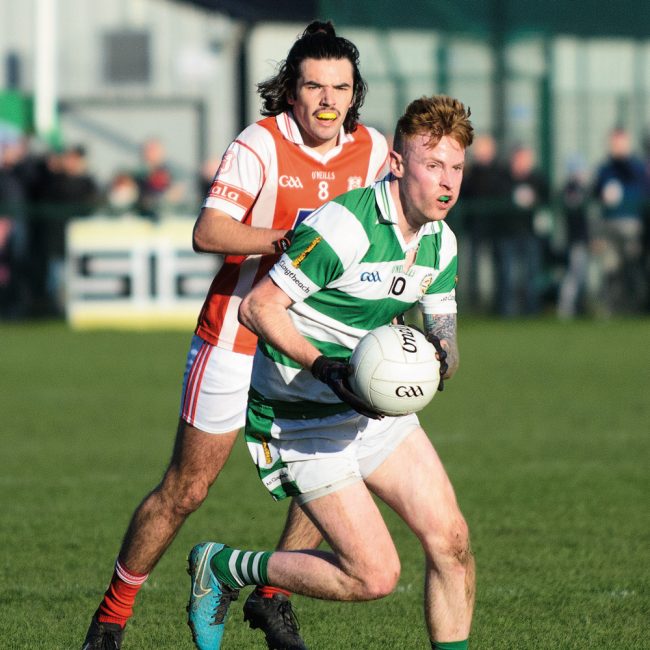 Still, Towers refused to buckle and, while Milton and Halpin continued to knock points over, the home defence, bolstered by particularly solid displays by Mark Gahan and David Clarke, regained their grip on the match.

Indeed Cuala managed just another couple of points from Luke Twomey and Oisin Murphy, although they will be a little disappointed at the several wides registered which otherwise could have seen them mount a more serious challenge towards the close of proceedings.

Still, this young Cuala outfit, who were without the services of several starters including captain Conor Bennett, on the day will see this final as bonus territory in terms of their development.

As for Towers, this was a much-needed win for a club long overdue a junior county title and licking its wounds from their agonising one-point defeat at the hands of St Patrick’s Donabate in the final of the Intermediate Club Football Championship only the previous day.

What’s more it was a great achievement for manager Mark Healy and his backroom team of Niall Byrne, Ciaran O’Dwyer and Stephen Shields, who were at the helm with this side for the very first time.

“They’re a great bunch of lads and they did everything we asked of them this season” said Towers manager Mark Healy.

“We had a little bit of luck along the way, but it was important that we got this title, a really significant one, to make good all the hard work that everyone put in.

“And with the seniors having lost [in the Intermediate Club Football Championship Final] the day before it was even more important that we got the win because the club really needed this” he added.