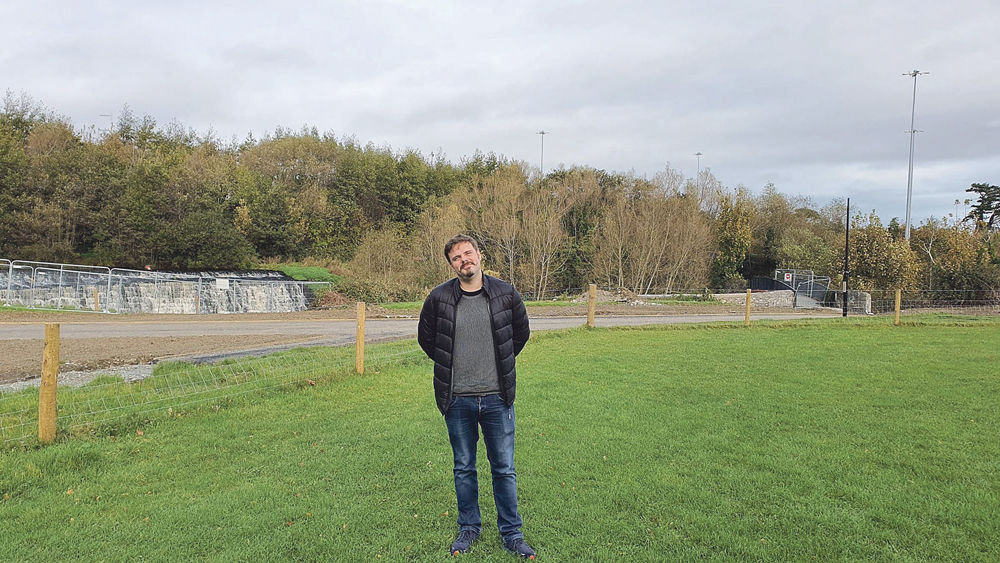 Raw sewage leaks ‘not being treated with urgency required’

PERSISTENT issues with raw sewage leaking into a portion of Dodder Valley Park between Morton’s Pub in Firhouse and Cherryfield “is not being treated with the urgency” it requires.

This is according to Independent councillor for Firhouse-Bohernabreena, Alan Edge, who said the problem has been ongoing for several years, dating back to before he was elected in 2019.

“It’s an issue that has been going on since before I was elected,” he told The Echo. “I first raised it in 2019, and I’ve been raising it ever since.”

The issue was most recently raised by Cllr Edge at an area committee meeting last week, where he called for a containment tank to be installed at the site in a bid to combat the issue.

“Containment tanks seem like a sensible solution until an upgrade is carried out,” he explained.

Containment tanks can store several days’ worth of wastewater, and could temporarily reduce the amount of sewage in the park until an upgrade is complete.

The council added that workshops are planned to take place over the next few months, and South Dublin County Council Water Services will take part in these workshops.

Following the workshops, Irish Water will go to the market for design services, according to the council.

However, Cllr Edge said this doesn’t offer an immediate resolution for the issue and he is concerned about a perceived lack of urgency.

“It does beg the question of whether Irish Water’s processes are fit for purpose, because this is a very pressing public health and environmental issue,” he said.

“The thing that we need to get across is that this is an urgent issue that’s not being treated with the urgency that it should have.

“A couple of temporary fences have been put in place [around where the sewage is leaking], but then council workers have to go in there and clear the waste away.

“The council workers do it quickly and well, but it is a very unpleasant task. The fences are of limited value

. . . we need a proper interim solution.

“Environmentally, this is one of our precious green spaces and toxic waste is spewing into it. It’s extremely unsightly.”

Irish Water is currently in the process of delivering Drainage Area Plans in Dublin “to improve the performance of the wastewater networks, protect the environment and facilitate social and economic development over the coming years in these regions,” according to the State utility service.